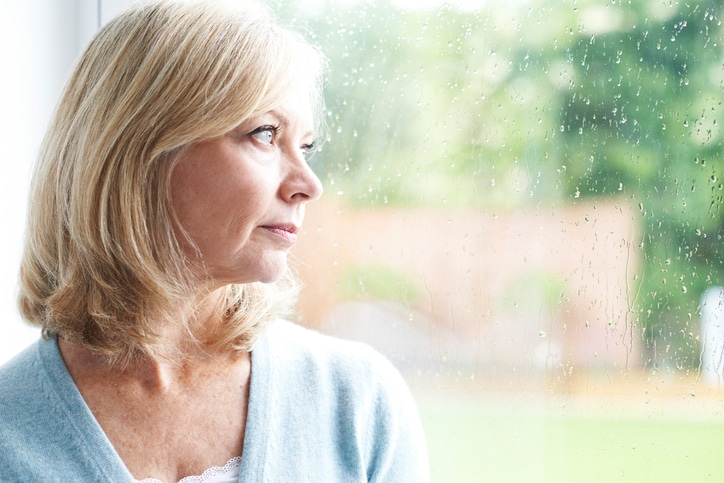 One of the worst things you can do to your heart is smoke. We all know that.

But now a new study has uncovered a surprising heart risk factor that is just as dangerous as cigarettes.

Researchers in Germany tracked over 3,400 men for 10 years. They found that depression raised their risk of dying from cardiovascular disease about the same amount as smoking and being obese. And depression was shown to be almost three times more dangerous to heart health as having diabetes.1

The findings were recently published in the journal Atherosclerosis. Dr. Karl-Heinz Ladwig led the study. He is a professor of psychosomatic medicine at the Institute of Epidemiology II at the Helmholtz Zentrum München.

Dr. Ladwig summed up the findings by saying “there is little doubt that depression is a risk factor for cardiovascular disease.”2

For decades, conventional medicine has referred to the “Big Five” when it comes to heart risk factors. They are smoking, obesity, high cholesterol, high blood pressure, and diabetes.3

Recommended for You: A quick way to lower your blood pressure enough to potentially save your life!

What if you could easily lower your BP 15 points without drugs? And even without any lifestyle changes? To get those same results, you’d have to lose about 20 pounds! Instead, you could be sitting in your recliner watching Jeopardy.

It sounds strange. But it really works, as proven in a McMaster University study in Canada (among others). Go HERE to discover the quick and easy way to make a major impact on your blood pressure…and health.

Depression was never considered a major heart danger. But in the wake of the new findings, that may change.

The risk is widespread. More than 15 million American adults suffer from depression.4

Antidepressants Are Not the Answer

If you go to your doctor complaining of depression, chances are you’ll walk away with a prescription for an antidepressant medication. These drugs are incredibly popular. About 13% of Americans take them.5

But this standard treatment could actually increase your heart danger instead of reduce it.

A study at Emory University presented at a meeting of the American College of Cardiology found that selective serotonin reuptake inhibitors (SSRIs) are linked to thicker arteries. This can lead to a heart attack or stroke.6

SSRIs include antidepressants such as Prozac (fluoxetine), Zoloft (sertraline), and Lexapro (escitalopram).

A study at Massachusetts General Hospital in Boston published in the British Medical Journal was even more disturbing. It found that SSRIs are associated with a dangerous disturbance of the electrical activity of the heart.

The higher the antidepressant dosage, the greater the disturbance. Changes in the heart’s electrical activity can lead to rhythm problems. This can result in cardiac arrest.7

As we’ve told you before, antidepressants are linked to other serious side effects as well. They include anxiety, fatigue, sexual dysfunction, weight gain, birth defects, and even suicide in younger people.

Talk to your doctor before you stop taking any medication. But there may be a better to way treat your depression than with a risky drug.

It’s long been known that exercise and meditation fight depression. But a recent study found that putting the two together has a powerful synergistic effect.

Rutgers University scientists tested a regimen that was not difficult or time-consuming. The results were astounding. Patients saw a 40% reduction in depression symptoms. That’s much better than most people do on an antidepressant drug.

The program used in the study was simple:

Do this twice a week.

The depression sufferers in the study reported fast, effective relief…without taking a dangerous drug. But antidepressants aren’t the only drugs that could be putting your health at risk.