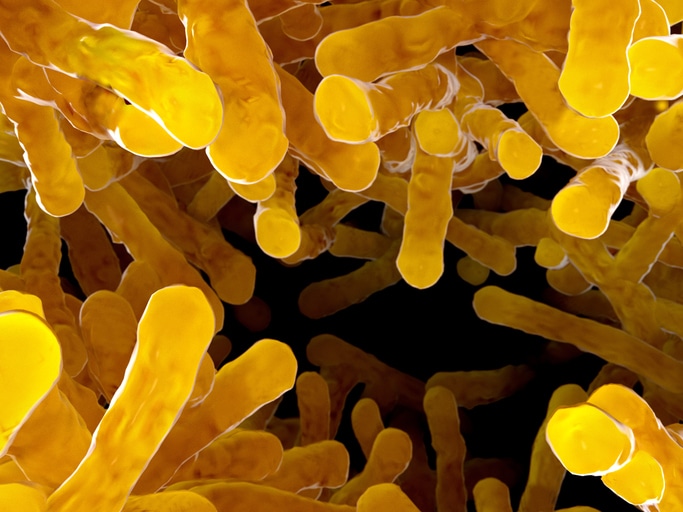 An epidemic of antibiotic-resistant infections in health care facilities has killed thousands of Americans. But good luck trying to find out if your local hospital is hosting the deadly germs…

Greedy health care facilities rarely report the outbreaks because it is bad for business.

A recent outbreak of the superbug Clostridium difficile (c. diff) in a New Mexico assisted living facility left eight of the 86 residents dead and seven more battling for their lives.1

If upset family members hadn’t spoken up, no one would have known about the outbreak. The laws requiring health care facilities to disclose superbug cases are filled with loopholes. And hospitals do all they can to keep outbreaks secret.

Every year about 25,000 Americans die from antibiotic-resistant bacterial infections. They sicken 2 million others. Investigators have identified at least 300 superbug outbreaks in the U.S. from 2011 to 2016.2

Recommended for You: Ew! [See the photos]

Irritability, fatigue, fading memory, constipation, bad breath, allergies… These aren’t stand-alone conditions. And they aren’t just a nuisance. They could be pre-cancer symptoms caused by a disgusting bug infecting up to 70% of Americans.

Discover the three triggers that cause this secret cancer-bomb to grow, HERE. Warning: You’re probably doing at least two of them right now.

Although many states require that healthcare facilities report suspected outbreaks of drug-resistant infectious diseases, the word “outbreak” is not defined. This gives facilities great discretion when to make disclosures.3

In other states, the laws are actually designed to keep superbug outbreaks secret. More than a third of states bar disclosing the location of an outbreak, or in some cases, even that one occurred.

So what do hospitals do? Protect their profits. They delay reporting the outbreaks or don’t report them at all.

Kimisha Causey is coordinator for the Nevada Department of Health and Human Services’ hospital-acquired-infections unit. She says that delay or non-reporting is common. “You’ll find that in every state,” she says. “Facilities do not want the state involved.”

In Ohio, at least 22 patients were infected and seven died last year when an outbreak of antibiotic-resistant Acinetobacter baumannii spread through a hospital and seven long-term care facilities.

The facilities failed to warn each other when transferring infected patients from one hospital to another. The public was never notified. Worse, even the infected patients were not told they had a drug-resistant disease.

An Ohio Department of Health spokeswoman said the outbreak wasn’t made public because “there are no national public health guidelines suggesting public notices in such instances.”4

The U.S. does not have a unified nationwide system for reporting and tracking outbreaks. This is true even though 15 years have passed since the U.S. government labeled the outbreaks a grave threat to public health.

Not only does the U.S. Centers for Disease Control and Prevention lack regulatory power to track superbug deaths, it has no authority to enforce outbreak reporting.

This means it’s up to states to protect the public. But over the last five years, not one state has fined or punished a health care facility for not reporting a superbug outbreak.

Now there’s an even deadlier threat that is spreading. It’s a new breed of superbug called carbapenem-resistant Enterobacteriaceae (CRE). It is resistant to even “last-resort” antibiotics that work against other superbugs.

CRE was found recently in three hospitals in Boston and one in California. But since hospitals do all they can to hush-up superbug cases, CRE may be much more widespread.6

Superbugs: How to Protect Yourself and Your Loved Ones

Because of lax reporting requirements, it’s not easy to know if a hospital where you are being treated is a hot spot for superbugs. One good resource is Consumer Reports. It keeps a list of hospitals that have no record of MRSA and C. diff infections. The list is here.

Hospital administrators may not want to tell you if their facility has had problems with superbugs. But your doctor may know which hospitals in your area are safest. Ask him or her for advice when choosing a hospital.

You’ve likely heard this before, perhaps because it is the single biggest weapon against superbugs… While in the hospital, wash your hands regularly and religiously. Keep alcohol-based hand sanitizer at your bedside. Use it after you touch any surface that others have touched. This includes doorknobs, TV remotes, and food trays.

And make sure your doctors and nurses wash their hands before they touch you. Don’t feel bad about asking them whether they’ve done it. They know it’s important.