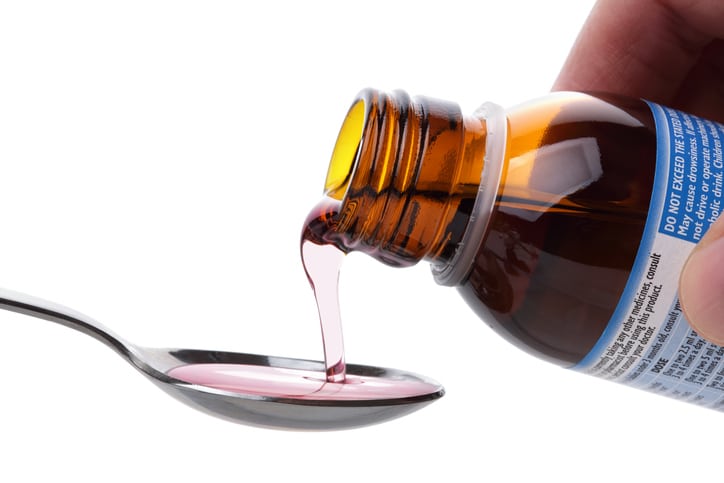 We spend hundreds of millions of dollars each year on the stuff. It’s in almost everybody’s medicine cabinet. But it’s a total waste of our hard-earned money. It doesn’t work.

At least 15 clinical trials have proved using cough syrup is no better than taking a placebo.1

Its sales spike during cold and flu season. We spend almost $600 million a year on over-the-counter cough syrup, according to Drug Store News magazine.2

The American Chemical Society recently reviewed years of studies on the effectiveness of OTC cough medicines. They concluded “there is no good evidence” that OTC medicines have any beneficial effect on a cough.

“We’ve never had good evidence that cough suppressants and expectorants help with cough,” he says. “But people are desperate to get some relief. They’re so convinced that they should work that they buy them anyway.”3

Recommended for You: [Video] The Secret to Ultimate Prostate Relief in as little as 30 Minutes

There’s a never-before-seen way to get complete relief for your prostate—starting in as little as 30 minutes.

With it you can look forward to nights of peaceful sleep… Relieving yourself with the fast, powerful stream you once had… And complete freedom from discomfort and embarrassment.

It’s natural, easy to use, and unlike anything you’ve ever heard of—or tried—before.

Get all the details in this video.

Coughing serves an important function. It keeps unwanted material like phlegm and bacteria from entering your lungs. When there are irritants in your nose and mouth, receptors send signals to your brain. In turn, the brain sends a message back to your diaphragm to expel the irritants by coughing.4

It’s perfectly normal to have a lingering cough for about two weeks after a cold. It does not need medical attention.

But if a cough lasts longer than three weeks—or is accompanied by coughing up blood, shortness of breath, confusion, or high fever—you should see your doctor. It could be a sign of asthma or heartburn.

Cough syrups usually contain dextromethorphan. It’s often referred to as DM or DXM. It supposedly blocks the cough reflex. But as we mentioned earlier, there’s no good evidence it works.

DXM comes with all kinds of nasty side effects. They include dizziness, nausea, irregular heartbeat, seizures, confusion, impaired judgement…and in rare cases even brain damage and death. It becomes even more dangerous when mixed with alcohol.5

In high doses, DXM causes hallucinations, euphoria, and loss of motor control. This has made it a popular drug of abuse.6

Some formulas contain guaifenesin and antihistamines as well. Guaifenesin is an expectorant. It’s supposed to reduce chest congestion. Side effects include dizziness, headache, rash, and nausea.7

Antihistamines dry your sinuses. They cause drowsiness and do nothing for your cough.

Many parents can’t bear to hear the sound of their child coughing harshly. But they may be doing more harm than good by dispensing cough syrup. Thousands of children every year are rushed to emergency rooms with accidental cough syrup overdoses.8

The FDA was so worried about this problem that it convened a panel to set age guidelines. They concluded that OTC cough and cold medicine should not be given to children under age 6.9

What’s the best way to treat a pesky cough?

The National Health Service of England, the British version of our FDA, recommends opting for “a homemade cough remedy containing honey and lemon” instead of wasting money on commercial cough syrups.10

Several studies have shown that drinking raw honey and lemon juice mixed in hot tea improves a cough. The honey coats the throat and relieves irritation. The lemon provides vitamin C, which boosts your immune system.11,12

Never give honey to children under a year of age due to the risk of botulism.

The American Chemical Society has other simple recommendations:

Here is a remedy you will love: Eat dark chocolate. It contains the nutrient theobromine.

A British study of 300 cough sufferers found that 60% saw relief by eating chocolate. In the study, chocolate worked better than even codeine, an opioid found in strong prescription cough medicines. Theobromine has no side effects.13

Editor’s Note: There are 31 secrets that build a strong immune system… And we’ve put them all together for you in our urgent report, Bulletproof Your Immunity: Easy Ways to Protect Your Health.