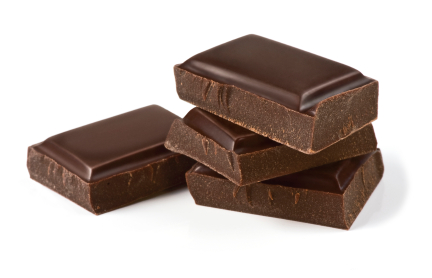 Think of it as the “gift” that just keeps giving… You’re finally over a cold but that cough never seems to go away.  It’s not just true for you…

A new study found that the average cough from a cold lasts nearly 18 days.1 It’s annoying. It makes it tough to sleep. It can even be painful. But don’t reach for the cough syrup just yet.

British researchers have found a way to suppress that pesky cough. Best of all, it’s natural… and delicious.

The British National Health Service used 300 patients hospitalized for chronic cough to test this remedy.2 Patients received this compound twice-a-day for two weeks. During the two weeks, 60 percent of the people taking this compound had relief.

Another study led by Imperial College London and published in FASEB journal had similar results.3 This time it proved to be 33 percent more effective at stopping coughs than codeine.

“While persistent coughing is not necessarily harmful it can have a major impact on quality of life, and this discovery could be a huge step forward in treating this problem,” said study author Peter Barnes.

What eased patients’ chronic coughs? You’re going to like this one…

Theobromine. A nutrient found in chocolate.

It helps curb coughing by relaxing the nerve that triggers coughs.

The chocolate compound not only worked better than codeine, it caused no adverse effects. The cardiovascular and central nervous systems were not affected. And unlike traditional cough medicine, theobromine doesn’t make you drowsy. That means there are no restrictions on driving. People can go about their daily lives without interruption.

Until the 1970s, codeine was the drug used in cough syrups.4 The FDA swapped the narcotic with dextromethorphan (DXM) to limit risks and overdoses. But DXM comes with its own dangers. Its side effects include confusion, impaired judgment, blurred vision, dizziness, nausea, irregular heartbeat, seizures, and brain damage, among many others. It can even result in death.5 An Iranian study found neurological and psychological symptoms to be the most common side effects of DXM.6 Some people experienced side effects on the first day of use.

DXM becomes even more dangerous when mixed with alcohol and other substances.

Theobromine on the other hand, shows no adverse effects. Doctors say it’s safe even in very high doses. Patients in the studies took up to 1,000 mg.

While theobromine is found in chocolate, a Snickers bar isn’t going to cut it.

The health benefits of chocolate just keep adding up. Research has shown it can protect your heart, improve mood, aid weight loss and defend your body from cancer.7 It can even help prevent sun burn. Now we can add cough suppressant to the list.