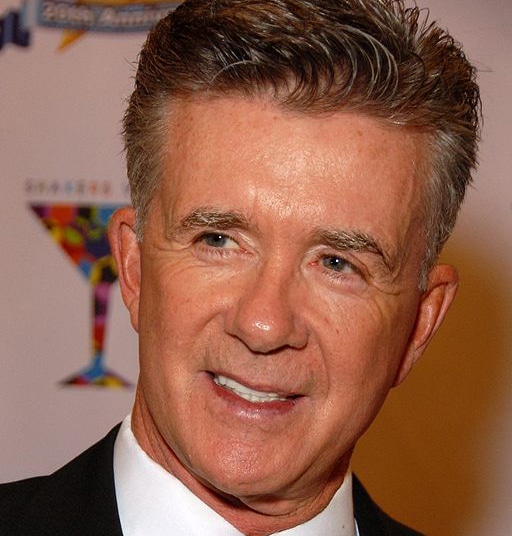 The 6-foot-2 star of “Growing Pains” was a lifelong athlete. He played college football at Western University in his native Canada. And Thicke loved to play hockey. Throughout his life he played pickup games whenever he could.

For years, he played every Tuesday and Thursday at a rink in Burbank, Calif. That’s where he suffered a fatal heart attack yesterday at age 69.

The beloved TV dad fell ill as he was playing in a game with his 19-year-old son Carter and others.

Witnesses say he fell, suffered chest pains, and vomited. He was still conscious—even joking around—when an ambulance reached the ice rink. But he was later pronounced dead at Providence St. Joseph’s Medical Center.1,2

Those close to Thicke were shocked by his death. He seemed like the last man you’d think would have a heart attack. He was in terrific condition…he exercised regularly, he was trim, ate right, and didn’t smoke.

He seemed to do everything right. He didn’t have any chronic health problems. No history of heart conditions. So what went wrong?

Recommended for You: Lower Blood Pressure From Your Kitchen

What do these—and a handful of other—natural blood pressure fighters have in common? For one, most you’ll find in your kitchen. But more important, they’re backed by real, scientific studies. Find out more HERE.

Alan Thicke Didn’t Have to Die

A recent study provides a clue. It uncovered a startling medical fact: Nearly half of all heart attack victims don’t know they’ve had a heart attack.3

And these so-called “silent” heart attacks triple the odds of dying from a catastrophic heart attack down the road.4

Dr. Elsayed Soliman is director of the epidemiological cardiology research center at Wake Forest School of Medicine. He is the lead author on the study.

In some ways, they are worse. Because the patient is unaware of the heart attack, he or she does not get treatment. And they end up having another heart attack that can be fatal. This may have been the tragic fate of Alan Thicke.

Although those close to him say he had no history of heart trouble, the research shows that people like him often unknowingly have silent heart attacks as a prelude to a massive fatal heart attack.

Unusual soreness in the upper back, arms, or elbow. When your heart runs short of oxygen, it sends pain signals. But because of the body’s nerve structure, your brain may read the pain signals as coming from the upper back, arms, or elbow. People tend to ignore this pain, believing it is typical muscle soreness. But if you haven’t exercised or can’t pinpoint a reason for the pain, you should see your doctor.

Unexplained fatigue. Getting unusually tired walking up stairs, gardening, mowing the lawn, or while doing other routine activities can be a sign your heart is not pumping enough blood to muscles. Ask your doctor for an EKG.

Unusual heartburn. If you have an occasional heartburn flare-up, don’t worry. But pay attention if it’s out of the ordinary, long lasting, or feels different than heartburn you’ve experienced before. It may be angina, which is pain coming from a distressed heart.

Throat, neck, or jaw discomfort. Unexplained discomfort of the neck or jaw, or tightness in the throat you’ve never felt before, can indicate a heart attack. Doctors say that diabetics should be especially alert to this sign. They’re less likely to feel chest pain because they have impaired nerves. Throat, neck, or jaw pain is often the first sign of a heart attack in people with diabetes.

Don’t let stubbornness stop you from saving your life. If you notice any of these symptoms, check with your doctor. And of course if you want to avoid a heart attack, silent or otherwise, try to keep your stress levels low. Eat a diet rich in fruits, nuts, vegetables, and fish. Avoid inflammatory foods like grains and reduced-fat dairy.

Here’s something else you should know about heart health…

There’s a little-known test that detects heart problems quicker than the ones used in doctor’s offices across the country… And a natural extract that treats heart disease—without dangerous side effects.