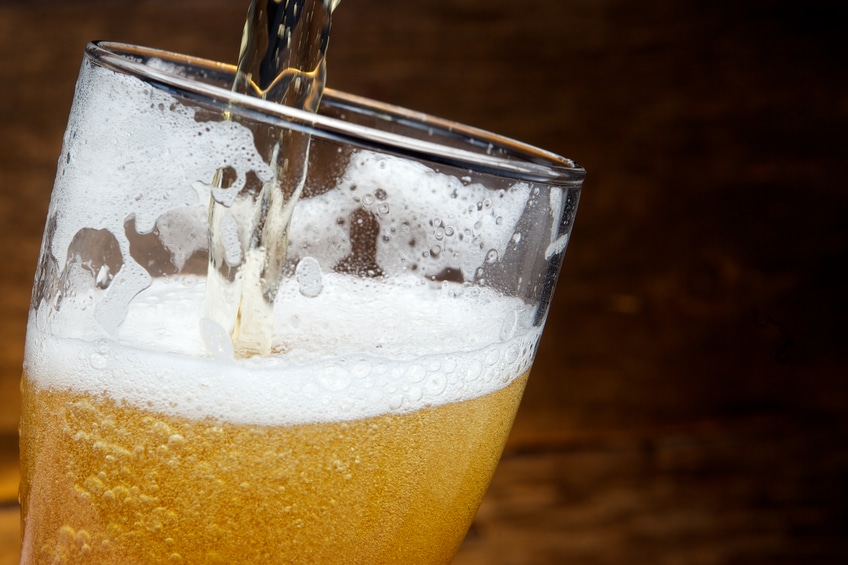 Great news for beer drinkers: Researchers have discovered that the hops in beer lessen the harmful effects of alcohol on the liver.1

Consuming too much alcohol can lead to liver damage, fatty liver disease, and cirrhosis. Most doctors recommend no more than one drink a day for women and two for men.2

But researchers from Friedrich Schiller University Jena in Germany found that all alcoholic beverages are not created equal when it comes to liver health.

They divided mice into three groups. One got regular beer. A second group drank a beer specially brewed with no hops. The third got plain alcohol.

All the mice ingested what researchers called a “binge drinking model.” This is the equivalent of downing four drinks in rapid succession.

Twelve hours later scientists tested the animals’ livers. The livers of the mice who drank regular beer had significantly less buildup of damaging fat than the mice given beer without hops or plain alcohol. Both of the latter two groups had about the same unhealthy level of fat accumulation.3

Recommended for You: These Tiny Scrapes Could Cost you Your Life…
Every french fry eaten, Marlboro smoked, and Budweiser drank forms a tiny scratch on your blood vessels. Decades of these scratches lead directly to heart disease…yet traditional tests won’t find them. It’s why millions of Americans drop dead from heart attacks with no symptoms.

Discover the 15-minute, non-invasive test that uncovers these scratches—and heart disease—earlier than anything else. One doctor says it’s, “like garlic for a chef. It’s that important.” It’s been featured on Fox News, CBS News, Good Morning America, and the Today show. Yet you’ve probably never heard of it.

Click HERE to see how it works and how to get it for yourself.

The researchers recently published their findings in the journal Alcohol and Alcoholism. They concluded that hops in beer are responsible “for the less damaging effects of beer on the liver” versus drinking other alcoholic beverages.

The researchers also found evidence that hops inhibit the formation of compounds called “reactive oxygen species.” These are particularly damaging to liver cells.4

Hops are the flowers of an herb that are added to beer for flavor. They also act as a natural preservative. One kind of beer is particularly high in hops. It’s called India pale ale, or IPA. It has a pronounced bitter flavor that many people find refreshing.

The new study is only the latest to show health benefits from moderate beer drinking:5

If you’re going to enjoy a cold brew this weekend, try to find an organic variety. Conventional beers can be full of nasty artificial ingredients.

Organic beers are generally made by small brewers. They contain all-natural ingredients…no pesticides, additives, or other chemicals. We can all drink to that.