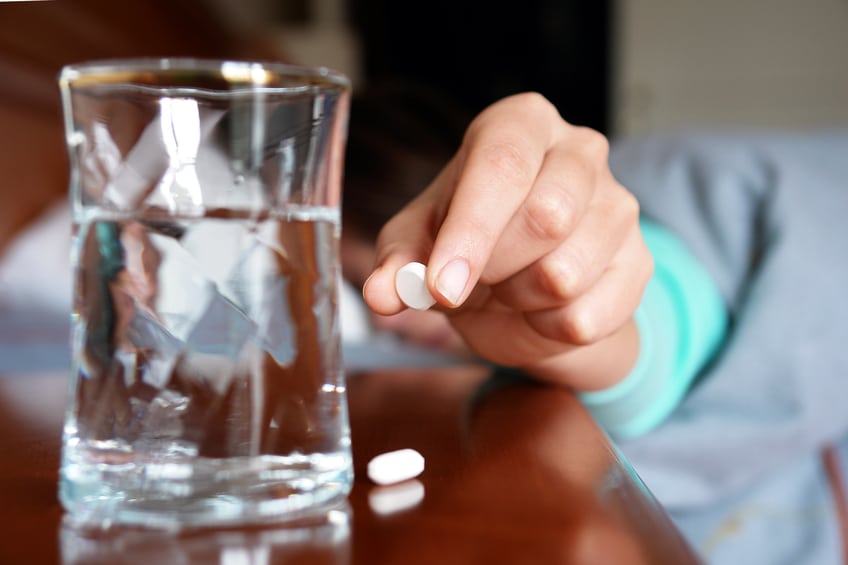 No one saw it coming.

He was a 39-year-old married man. He was happy and in good health. But like 60 million others in the U.S., he had trouble sleeping.1

So he did what many Americans do. He went to his doctor and got a prescription for a sleeping pill. At first everything was fine.

But on the third night he took the pill, something strange happened. His wife found him sleepwalking. The next morning, he had no memory of it.

The next night, he took another pill. When he woke up, he was confused. He told his wife he couldn’t focus. Something was wrong inside his head.

Then he walked into the woods and shot himself dead.

This tragic story was uncovered in a shocking new study of sleeping pills called hypnotics. They include Ambien (zolpidem), Sonata (zalepon), and Lunesta (eszopiclone).2

Recommended for You: Revitalize Your Manhood by Flipping a Biological Switch

Soft libido? Mood swings? Belly fat? We used to think these were inevitable milestones on the way to becoming “grumpy old men.”

But after 70 years of research we can help bring back the lean body, high sex drive, and sharp mind of youth. And make women want you again. It’s as easy as flipping a switch.

The fact is, you’re deficient in one essential substance, and it’s robbing you of your manhood. Once you hit 30, you lose 10% of it every decade.

Find out how to switch it on again HERE.

What Big Pharma Won’t Tell You About Sleeping Pills

Augusta University researchers found a previously undetected side effect of these popular sleep meds. In some cases, they cause people who are not depressed to have thoughts of suicide.3

Dr. W. Vaughn McCall is one of the authors of the study. Previous research has found the drugs may cause dizziness, constipation, headaches, and memory problems. And a large survey in the early 2000s found that 2.6% of those taking hypnotics had suicidal thoughts.4 But it was unclear from that research if those people were suicidal before taking the pills.

But the new study shows that a person who is perfectly happy can become suicidal after taking hypnotic medications.

“Do the pills themselves make you suicidal when you would not think about it otherwise?” Dr. McCall asked. “In rare cases, yes.”

In some patients, the medications make “people start behaving completely out of character,” he said.

The first few days of taking one of these drugs is when a suicide is most likely to occur, said Dr. McCall.

He encourages family members to keep a close eye on patients for the first 7-10 days they are taking a hypnotic. He warns that anybody on a sleep med who suffers sleepwalking or suicidal thoughts should immediately stop taking it.

We have a better idea. Don’t take the drugs in the first place.

There’s no reason to. We recently told you about five natural sleep solutions that have no side effects.

What else isn’t Big Pharma telling you about the drugs it sells? Find out in our special report, The Top 10 Dangerous Pharmaceutical Drugs—And Their Natural Alternatives. It’s an important read for you and your family.

Get the details HERE.