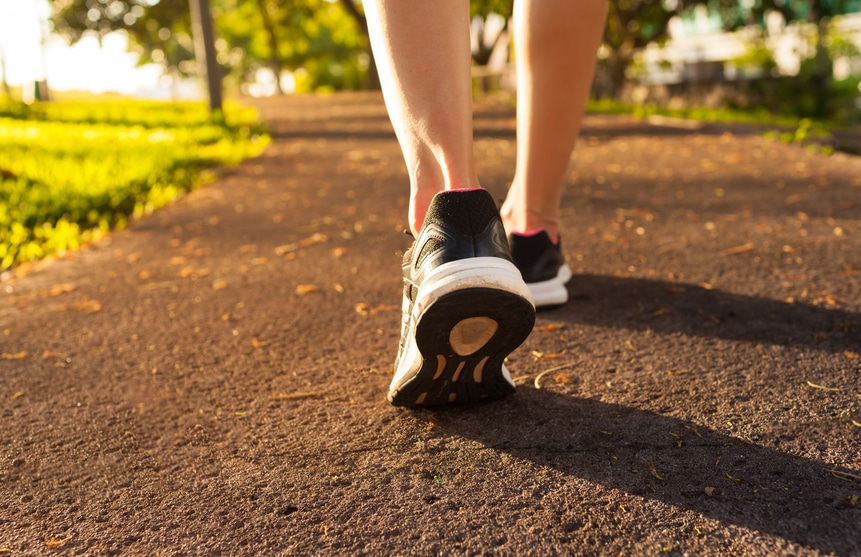 Whether it’s walking, running, biking, or lifting weights, everybody knows that exercise helps you maintain a healthy weight. But does the time of day you work out make a difference.

In a fascinating study, Belgian researchers set out to answer that question. They had 27 men gorge themselves for six weeks. Every day they ate 30% more calories and 50% more fat than normal.

The scientists divided the men into three groups. The first group did no exercise. The second group worked out after eating breakfast. The third group exercised first thing in the morning before they ate breakfast.1

At the end of the six weeks, the researchers weighed the men and looked at their markers for metabolic health.

The group that did no exercise packed on an average of 6 pounds of fat and developed insulin resistance. The men who exercised after breakfast put on 3 pounds and also had insulin problems.

It was a completely different story for the group that exercised first thing in the morning. They gained almost no weight. They had healthy insulin levels. And their bodies were found to be burning fat throughout the day.2

Recommended for You: Boost your metabolism and burn off that belly

Go here for more and start melting off the pounds safely and naturally.

Dr. Peter Hespel is a professor in the Research Center for Exercise and Health at the University of Leuven. He led the study. “Early-morning exercise in the fasted state is more potent than an identical amount of exercise in the fed state,” he concluded.3

The findings confirm a previous study which found people burn up to 20% more body fat exercising on an empty stomach in the morning.4

Why You Should Exercise First Thing in the Morning

There are other benefits to working out first thing in the morning:

Do This Before a Morning Workout

All researchers agree on one thing: Morning exercise requires a longer warmup period. Your body’s temperature tends to be lower upon waking. Your muscles may need extra time to loosen than they would for a workout later in the day. Whatever your normal warmup routine, add 5-10 minutes to make sure your joints and muscles are ready for exertion.6

Here’s something else you should know about weight loss… There’s a secret “switch” that tells your body to burn fat instead of store it.