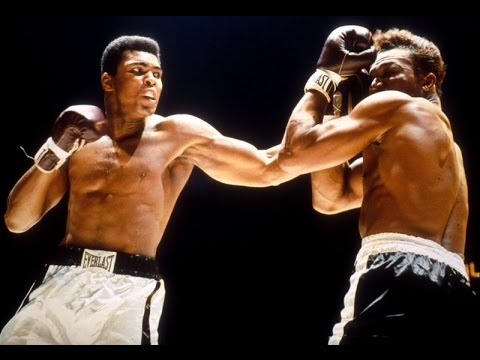 What really caused the death of boxing legend Muhammad Ali?

Was it Parkinson’s disease, which plagued him for more than three decades? Or was it a respiratory infection, which sent him to the hospital five days before his death? Did septic shock take his life? This is what the public was told caused his death on Friday at age 74.

The medical circumstances surrounding Ali’s death seem mysterious. But the fact is, the chain of events during the sporting icon’s final days is common among Parkinson’s patients.

Ali was diagnosed with Parkinson’s at age 42. As is typical, his symptoms gradually grew worse over the years. His voice became unsteady. He lost the ability to control his hands. And eventually he could no longer walk.1

But the Parkinson’s disability that likely killed Ali is one most people don’t know about. In addition to the better known symptoms, such as tremors and loss of motor skills, Parkinson’s causes swallowing disorders. This is called dysphagia.

The Deadliest Complication of Parkinson’s

As the disease advances, swallowing can become severely compromised. Dysphagia allows food and liquid to get into the lungs.

This causes aspiration pneumonia. This respiratory bacterial infection  is the leading cause of death among Parkinson’s patients.2

Ali was stricken with pneumonia in December of 2014. He recovered after a short hospital stay. But the respiratory infection that sent him to the hospital last week was apparently more serious.

Parkinson’s patients often have difficulty fighting off infections because of their weakened state. In severe cases of aspiration pneumonia, the infection causes body-wide inflammation that can lead to organ failure.

This is sepsis.3 Sepsis made headlines earlier this year when it killed actress Patty Duke.

When sepsis is combined with dangerously low blood pressure, it is known as septic shock, the ultimate cause of Ali’s death.

If you or a loved one has Parkinson’s, you should be alert to dysphagia symptoms. These include trouble swallowing, choking, and weight loss.

Ali transformed the public’s understanding of Parkinson’s disease. He never tried to hide his condition. His heroic effort to light the Olympic torch in 1996 is unforgettable to all who witnessed it.

And now, even in death, the great champion is helping us learn more about the disease that took his life.