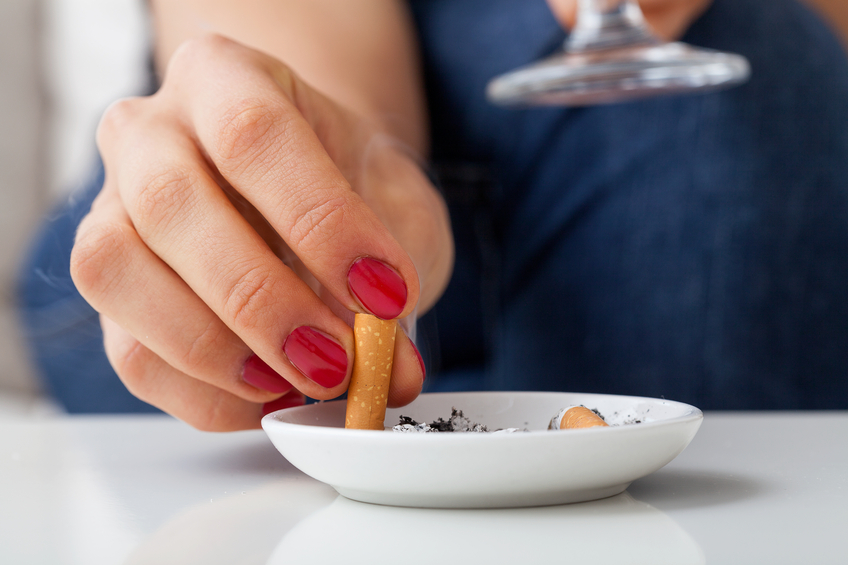 A new study has uncovered a secret to help women quit smoking.

About 15% of American women smoke.1 Multiple studies have found it is more difficult for them to quit than it is for men.2

No one knows exactly why this is true. But some researchers have theorized that female hormones make women vulnerable to depression when they try to quit nicotine.3

Making matters worse, smoking is even more dangerous for women than it is for men.

Female smokers also have higher rates than male smokers for chronic obstructive pulmonary disorder (COPD).4 This is a set of lung conditions that includes emphysema, which can be fatal.

Study: Women Can Use Their Menstrual Cycle to Kick the Habit

The solution is as simple as matching your quit date to a certain time of your menstrual cycle.5 To increase your chances of successfully kicking the habit, you should wait until right after ovulation, a new study finds. That’s usually about two weeks after menstruation begins.

Researchers at the Perelman School of Medicine at the University of Pennsylvania gathered 38 healthy, premenopausal women who smoked. They ranged in age from 21 to 51. They separated the women into two groups.

In an attempt to confirm this theory, researchers gave both sets of women MRI brain scans. At the same time they tempted them with cigarette-related cues. These included exposing them to cigarette smoke and showing them photos of people smoking.

They discovered that during menstruation, women had much stronger signals in the reward region of brain. This is a sign their cigarette cravings were stronger than women not having their period. Their conclusion? Menstruation makes it more difficult for women to quit smoking.

The results were published in the journal Biology of Sex Differences. The study’s senior author Dr. Teresa Franklin said: “When we learn that something as simple as timing a quit date may impact a woman’s cessation success, it helps us to provide more individualized treatment strategies for individuals who are struggling with addiction.”

Her research likely applies to other addictions besides smoking, she said. That means women trying to quit alcohol, drugs, sugary foods, or any other bad habit may have better success if they quit right after ovulation.