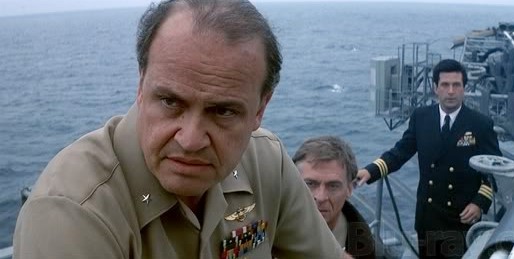 Actor and politician Fred Thompson died of a rare form of non-Hodgkin’s lymphoma Sunday. Doctors say this type of cancer has no obvious causes or risk factors… But a Yale study provides evidence that Thompson’s stint in Hollywood may be to blame for the cancer that took his life.

Thompson, 73, died of a rare subtype of non-Hodgkin’s lymphoma…nodal marginal zone lymphoma. It accounts for only 1–3% of all non-Hodgkin’s cases.

His cancer diagnosis came in 2004. At the time, Thompson brushed it off as a minor health threat. “I have had no illness from it, or even any symptoms,” he said. “My life expectancy should not be affected.”

But when Thompson decided to run for president in the 2008 campaign… His health became an issue. Doctors said Thompson’s cancer was a slow-growing type. It was also virtually incurable.

“The good news is that (it takes) a long time to kill a patient,” said Dr. David Weissman. He is a pathologist and lymphoma expert at Robert Wood Johnson University Hospital in New Brunswick, N.J. “The bad news is that there is almost no hope of a permanent cure.”1

Thompson survived 11 years after his diagnosis.

He had a long and varied career in both politics and show business. He served nine years as a U.S. Senator from Tennessee. His Hollywood credits include the hit movies The Hunt for Red October, No Way Out, and Die Hard 2. His best known TV role was on long-running NBC series Law & Order.

A Yale study indicates there may be a link between Thompson’s Hollywood career and the cancer that took his life. Researchers found that using dark hair dye regularly raises the risk of non-Hodgkin’s lymphoma.

In Hollywood, dark hair dye is widely used among middle age actors to get rid of gray. Thompson never talked about whether he dyed his hair for roles. But his hair appeared to alternate between dark and gray during his movie days in the 80s and 90s.

In his later years, he was mostly bald and allowed his hair to go completely gray.

The Yale study found people who used dark hair dyes containing coal tar were at the greatest risk. There’s a strong link between this ingredient and cancer in lab rats. The dye industry began to remove this ingredient in the early 1980s.2

Yet other studies say there is little risk to people who use modern hair dyes without coal tar. Researchers point out that most women who get their hair colored every few months have far less exposure than hairdressers.

Currently, there is no link between lighter-colored and temporary dyes and cancer.

There are, however, natural ways to fight cancer.

Carol R., a retired schoolteacher, developed breast cancer in 2009. Mainstream treatments scared her. So she went to a specialized health facility in Wichita, Kansas for an all-natural treatment.

For details on Carol’s treatment—and about others who have healed from it—go HERE.