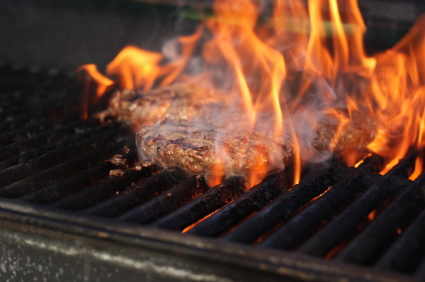 Not surprising. It seems like every month there’s another news story implicating red meat in heart disease.

But this time, it’s not because of the saturated fat or preservatives. A recent study found a new “culprit” in meat…

The supposed offender? Carnitine, an amino acid your body naturally produces. Carnitine breaks down fat and converts it into energy.1 It’s also an antioxidant and fights free radicals.

In the study just published in Nature Medicine,2 researchers claim that gut bacteria converts carnitine into a compound called TMAO. The TMAO then allows plaque to buildup, increasing the risk of heart disease. It halts the metabolism of cholesterol in the intestines, liver, and artery walls. The study also stated that vegetarians have different gut bacteria so they do not produce large amounts of TMAO after consuming carnitine.

We were suspicious of the study’s findings. So we did a little digging…

And our suspicions were confirmed. We found several flaws in the study you should know about.

We also found the truth behind carnitine. And how it can actually help your heart.

So, before you swear off red meat, know the facts…

The study was done on both mice and humans. But that’s not the problem.

So, the study is skewed. But there’s an even bigger problem with it…

They only used a sample of six people. That’s right, just six people. And only one of them was a vegetarian.

The study claims vegetarians have different gut bacteria than meat eaters. But they had no other non-meat eaters to compare that single participant to.

So basically the researchers are saying all vegetarians have the same type of gut bacteria. Based on ONE participant. Talk about jumping to conclusions. And here’s the biggest problem of all…

Here’s some perspective on that… A pound of red meat contains roughly 400 mg of carnitine.5 And some of that converts to TMAO. But a pound of fish already contains 1,700 mg of TMAO. No conversion necessary.

Fish is good for your heart. We even just reported how it can add healthy years to your life.6 So how can a food that contains so much more TMAO be healthy, and a food that produces so little of this compound be a heart disease risk?

We’re not satisfied with that conclusion. Carnitine has too many heart-healthy benefits to call it a “culprit.” In fact, the Mayo Clinic published a meta-analysis showing carnitine reduced overall mortality rates by 27 percent in more than 3,500 people.7 It also reduced ventricular arrhythmias by 65 percent and angina by 40 percent.

This doesn’t sound like a supplement that leads to death. Or one you need to worry about when it comes to eating meat.

Bottom line: Red meat isn’t bad for you as long as you are eating the right kinds. Always buy grass-fed and organic meat. Grass-fed beef has higher levels of omega-3 which fights inflammation and strengthens the heart.9

So it’s actually a win-win. You can enjoy meat and help your heart.