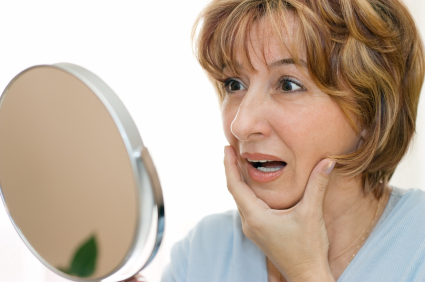 Want to look younger? Don’t waste your money on Botox or fancy face creams. By just limiting your intake of one common ingredient, you can look years younger in no time.

Scientists from the Netherlands and the UK made the discovery.1

For the study they measured the levels of this ingredient in the blood of 602 men and women between the ages of 50 and 70.

Then a board of 60 independent judges looked at pictures of the participants. They had to guess the age of each person. Based on the pictures, the judges thought the people with the most of this substance in their blood were older than the ones with less.

Scientists took into account factors such as smoking, body mass index, and gender. But the results remained the same. The more of this ingredient in the blood, the older the person looked.

“This is the first time that a link has been demonstrated between high blood sugar and facial aging,” says David Gunn, one of the study’s authors. “We already knew that high blood sugar was bad for the health, but we now also know that it makes people look older than they really are.”

Gunn and his team found that for every one mmol/litre increase in blood sugar among non-diabetics, the person looked nearly five months older. Researchers published their findings in the journal AGE—the official journal of the American Aging Association.

Among the 602 evaluated, the people who had diabetes looked the oldest. Nearly two years older than people their same age with normal blood sugar. Scientists say that’s because they would have already had high levels of glucose in the blood for a long period of time.

But how does sugar make your skin look dry and wrinkled?

One big cause is a process called glycation.2 Glycation can happen when sugars attach to lipids and proteins. The more sugar, the more glycation, resulting in damage to protein fibers such as collagen and elastin. They become stiff and malformed, causing skin to become wrinkled and loose.

This type of aging starts around age 35 and only increases from there.3 Along with damaging collagen and elastin, sugar leaves your body more prone to sun damage.

Completely eliminating sugar from your diet would be no easy task. And you shouldn’t try. So what can you do? Cut out all refined sugars. Besides just skin damage, they can take a serious toll on your health.  Skip the unnecessary sweets and soda. And watch out for the sugar hidden in foods under aliases.4 Dextrose, corn syrup, and maltose are all types of sugar. High fructose corn syrup is believed to produce more glycation than other types so avoid at all costs. Fruits and vegetables contain natural sugars and are less dangerous.

The good news? Experts say skin damage from sugar is not permanent. You can repair your skin.5 And there’s no time like the present to start.