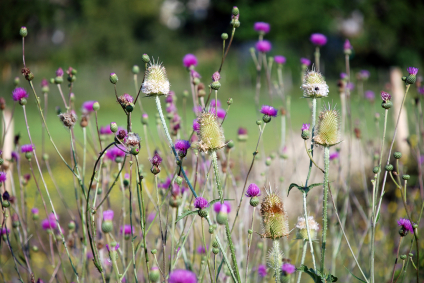 When it comes to cancer, it doesn’t get much scarier than lung cancer.

But now an herb has shown to not only stop the growth of cancerous cells but to also prevent any more from forming.1

The research comes out of Colorado, where researchers tested this herb on mice. Scientists injected 90 mice with a chemical that causes lung cancer. Two weeks later, they divided the mice up and fed them various amounts of the herb.

After four and a half months scientists checked the mice for inflammation, cancer cell growth, and death. The mice that consumed the herb fared significantly better. How significant? An amazing 93 percent fewer large lung tumors.

But that’s not all the herb did.

At 27 weeks, the cancer growth percentage remained but the mice that ate the herb also had fewer new blood vessels in their lung tumors and lower levels of cancer-promoting chemicals. The herb actually stopped lung cancer! And with no side effects. You don’t get those types of results with chemo and drugs.

What is this cancer-preventing herb?

Milk thistle has been used for over 2,000 years.2 You may have heard about it in connection with liver disease. It contains a flavonoid in its seeds called silymarin. Silymarin is the active compound that helps flush the liver of toxins. And now we’re finding that it may help prevent lung cancer.

Colorado researchers continued studying the effects of milk thistle on lung cancer cells in mice and published another study in Molecular Carcinogenesis.3 Yet again, the herb stopped the spread of lung cancer.

They found that milk thistle stops inflammation that speeds up cancer growth. And it does this by breaking a link in the chain of signals that leads to inflammatory enzymes that promote tissue damage. So by interrupting the cell signals it halts cancer growth.

Researchers are continuing to study milk thistle as a chemopreventive treatment.

But for now the studies show promising results. The herb is safe. So you have nothing to lose. Add some natural milk thistle into your daily supplement regimen to help ward off the deadliest cancers. It may just save your life.