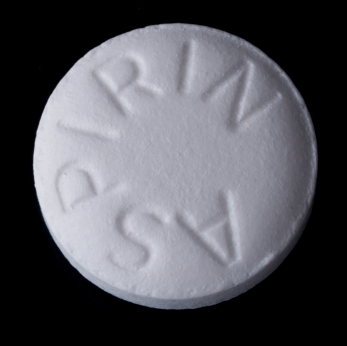 The highly questionable Dr. Oz calls it a “miracle pill.”  But don’t believe it for a second! We’ve told you before how daily aspirin is actually doing more harm than good.1

And now researchers found that people who use aspirin routinely double their chances of developing age-related macular degeneration (AMD).2 This disease damages the retina, causing blurry vision.3 And in many cases, vision loss. In fact, it’s the leading cause of blindness in America.

The research, published in The Journal of the American Medical Association, used data from the Beaver Dam Eye Study. It followed about 5,000 people in Wisconsin for a 20-year period.

Subjects completed eye examinations every five years. During the exams, researchers asked patients about their weekly aspirin use.

“It may seem out of the blue, but there’s something about latent exposure that carries forward,” said lead author Dr. Barbara Klein.

She went on to say that people shouldn’t stop taking their aspirin for heart protection. “It’s better to have blurry vision but still be here to complain about it than it is to die of a heart attack.”

Of course we couldn’t disagree more on that point!

No one wants to end up blind. Nor do they want to die of a heart attack. But you can prevent both… naturally with no side effects.

What’s more, this isn’t even the first time a study has linked aspirin to eye disease.

Another study published in Ophthalmology also found that seniors who take a daily aspirin are twice as likely to have a form of AMD.4

Researchers can’t say for sure that the frequent aspirin use caused the disease. But two separate studies link the drug to AMD. That’s enough evidence for us. Especially when you add the other side effects of aspirin such as ulcers, internal bleeding, and even death.

There’s just no good reason to put your stomach, eyes, and even life on the line. Not when there are safe alternatives out there. If your doctor recommends aspirin to protect your heart, try rutin. It’s a compound found in onions, citrus fruits, and apples. It also comes in supplement form. It’s safe and effective in preventing blood clots. It’s even shown to be better than prescription drugs. But best of all it comes with no side effects. And definitely no deaths.

And to keep your eyes healthy pack your diet with foods rich in antioxidants. Especially lutein and zeaxanthin found in dark leafy greens such as spinach and kale.

P.S. We’re about to send out our newest Natural Health Dossier. In this month’s issue – No Lasers, No Surgery, No Drugs… 5 Easy Steps to Save Your Vision—Naturally – we reveal the shocking truth about who’s really at risk for eye disease. Plus the simple, natural solution experts call “the crown jewel of the anti-aging medical movement” that could keep you from going blind, and so much more.  For details on how to become a member to access this and all of our issues, please CLICK HERE now.