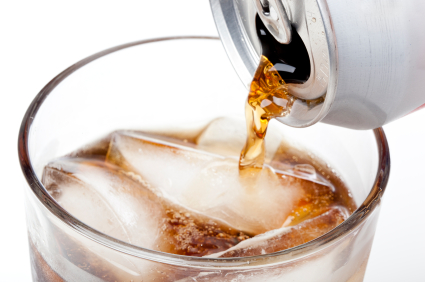 New research just released by the National Institutes of Health found a link between a hugely popular beverage and depression.1

Their study followed more than 260,000 people. Ages ranged between 50 and 71. Researchers tracked their beverage consumption for a year. They followed up ten years later. And the results were startling…

Subjects who drank more than four servings of this drink per day had a 30 percent higher risk of developing depression.

And it’s so common, that people who don’t drink it are in the minority.

But here’s where it gets really interesting…

It’s one of the all-time greatest hoaxes in modern history.  Diet soda is the better, healthier choice—reduced calories…less sugar…less sodium…

According to researchers, “the risk appeared to be greater for people who drank diet [rather] than regular soda.”

Of course the American Beverage Association is up in arms over the accusations.

“We may be in a new year, but there is nothing new about the ways our critics try to attack our industry,” said the ABA.

Poor them, right? But this isn’t the first time soda, diet soda, and artificial sweeteners have been studied.

Dr. H.J. Roberts went as far as to coin the term “aspartame disease.”2 He delivered a report that discussed over 1,000 negative reactions to the artificial sweetener. Some symptoms include headaches, nausea, abdominal pain, memory loss, fatigue, multiple sclerosis, and even lupus. And of course the topic at hand was listed…depression.

A study out of Ohio studied the effects of aspartame and depression.3 Forty patients enrolled in the study. Researchers gave subjects 30 mg of the sweetener daily for seven days. The Institutional Review Board halted the project after just 13 patients completed the study. The aspartame caused such severe side effects the review board considered it unsafe to continue.

Don’t let the soda industry fool you either by claiming their beverage now contains Splenda, “a healthier alternative.” Splenda has its own issues. It contains a compound known as sucralose. Researchers from Duke University found out some of Splenda’s potential side effects.4

Researchers fed rats the artificial sweetener for 12 weeks. At the end of 12 weeks Splenda caused pH imbalances in the rats’ digestive tracts. In other words…the sweetener had destroyed the good bacteria in their guts. And we need good bacteria to help fight diseases.

You have to wonder…is it really worth the risk? There are far better drink choices. And if you are one of the many that grab the caffeinated beverage for a pick-me-up, opt for coffee. People who drank coffee had a 10 percent lower risk of depression compared to non-coffee drinkers. Just remember, the same rules apply. Don’t add any artificial sweeteners to your cup of coffee.

But the best “alternative” of all is just plain water. If you’re feeling sluggish, you’ll be surprised how water can boost your energy.5 No calories, no sugar, no neurotoxins. Can’t say the same about soda, diet or not. Cut your soda intake, cut your depression risk. And best of all improve your health.