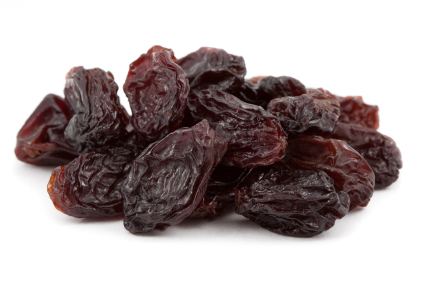 ‘Tis the season for high blood pressure. And even if you only battle mild increases in blood pressure, research has uncovered the perfect snack to combat it.

A study out of Kentucky found that snacking on this food three times a day may help lower your blood pressure.1 And you don’t have to have full-blown hypertension (high blood pressure) to benefit either.

Scientists studied 46 men and women with pre-hypertension. That means their blood pressured ranged from 120/80 to 139/89.2 They snacked on either this tiny fruit or a prepackaged food such as cookies or crackers.

The commercial snack had the same number of calories per serving as the fruit. But it did not contain any type of fruit or vegetables. Subjects randomly consumed one of the two snacks three times a day. Researchers monitored subjects’ blood pressure at four, eight, and 12 weeks.

At every interval, the fruit snack reduced blood pressure significantly. Both systolic and diastolic levels went down.

The people who ate the prepackaged food showed no significant decrease in either.

What’s this tiny snack that packs a major punch?

You may have heard that raisins lower blood pressure before. But few studies have proven it.

Dr. Bays says his team’s study is the first of its kind. A controlled study comparing raisins to other snacks to support the raisins’ blood pressure lowering effects.3

And just a handful of raisins is all it took. No side effects. And no dangerous drugs.

An earlier study looked at the effects of raisins and exercise.4 Thirty-four men and women ate one cup of raisins, increased their walking, or combined both for six weeks. At the end of the study all participants showed a decrease in systolic blood pressure. The subjects didn’t even have to exercise to show improvement.

The tiny dried fruit is packed with potassium, fiber, polyphenols, and antioxidants. These factors all positively affect blood pressure and the blood vessels.

Raisins are a fat-free snack, low in calories and full of natural sugars. Be sure to buy them from a health store to avoid any added sugars though. And don’t overdo it.

Those heart problems and other health complications can now be prevented with a dried fruit. Throw a pack of raisins in your purse or suitcase for a healthy and possibly life-saving snack.