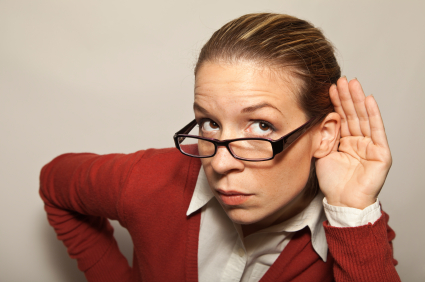 Short of walking around wearing ear plugs all the time… there aren’t many ways to avoid noise induced hearing loss.

Loud noises cause free radical cell damage.1 The free radicals then cause damage to the inner ear – resulting in loss of hearing.

But what if there was a way to minimize the free radical damage?  Researchers in Taiwan set out to see if it was possible.

Researchers tested a certain antioxidant on 53 male workers at a steel manufacturing plant.2 The men had been exposed to at least 90 decibels of noise every day for an average of 16.3 years. Prior to the study the men gave blood samples and took a hearing test.

After the study, researchers took another round of blood samples. And the men took follow up hearing exams.

Sure enough, the antioxidant helped. It reduced the noise damage to the ears during the workers’ daily shifts. And they were able to hear better following work.

So what is this natural hearing aid?

This isn’t the first time it’s been studied either. Or proven to maintain hearing after loud noise exposure.

In another study researchers followed 363 volunteers.3 One group received an oral dose of NAC, the other a placebo. They gave a hearing test pre and post noise exposure.

Following the noise, researchers found a significant difference in the NAC group. So once again, NAC showed protective effects when it came to noise-induced hearing loss.

NAC offers much hope for the millions of people who suffer from hearing loss, and for anyone who may be in an environment that increases that chance. Such as men and women at war, plant workers, and construction workers. Or even people who live in a busy city… heavy city traffic can reach 85 decibels.4 That puts you at risk. According to the National Institutes of Health, steady exposure of 85 decibels or higher can result in hearing loss.

NAC is safe and effective. And it’s easily found at your local health food store or online. Just make sure to read the label and that you are getting N-Acetyl cysteine. There’s another supplement that goes by the name NAC. It might just stave off a pair of hearing aids and years of yelling and frustration.