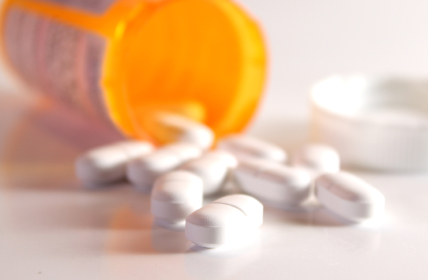 Doctors have found yet another reason to push harmful drugs on to people. Women to be exact.

Over 37.5 million women are currently going through menopause.1 80 percent of them suffer from hot flashes and night sweats.2

And doctors think they have the solution: antidepressants.

In a new study published by the journal Menopause, women were treated with selective serotonin re-uptake inhibitors (SSRI) to help relieve hot flashes and night sweats.

Researchers tracked close to 200 women. They took Lexapro, a common antidepressant. They continued use for eight weeks. And according to lead author Dr. Hadine Joffe from Harvard Medical Center, only “a moderate effect” was observed.

“The drug does not eliminate hot flashes, but it can make a very meaningful improvement in somebody’s life,” Dr. Joffe said.

How meaningful? Get ready for this…

Less than half the medicated women showed greater than a 20 percent improvement. For example, a woman who started with ten hot flashes a day might have dropped to eight hot flashes a day. Everyone else had a smaller reduction, or had the same number of flashes as before the study.

Eight instead of 10? That’s “very meaningful” improvement? Mind you, this drug that isn’t even approved to treat menopause. It won’t cure your symptoms. And it comes with side effects.

So how could Dr. Joffe even come to that conclusion?

Not surprisingly, she has ties to Forest Laboratories. And here’s the kicker… that’s the lab that makes Lexapro!

But that’s not all…

After two months of treatment the women stopped taking the pills. Of the 49 women whose symptoms “improved,” almost half experienced a relapse within three weeks after discontinuing use.

Dr. Joffe’s response: “Just because symptoms come back after you stop it doesn’t mean it didn’t make a big difference when you took it.”

Talk about sugarcoating it.

But let’s call a spade a spade… The drug didn’t do its job. It barely worked when the women took it. Then the symptoms came back after some of them stopped taking it.

Once the women stopped the use of antidepressants, they suffered withdrawal symptoms. Withdrawal symptoms can include: insomnia, nausea, imbalance, and sweating. Sounds familiar, right? Those are the very symptoms of menopause!3

Aside from the withdrawal symptoms, antidepressants have over 70 possible side effects of their own. They can include dry mouth, sexual dysfunction, fatigue, headache, nausea, weight gain, and worst of all, increased suicide risk.

So why do doctors prescribe antidepressants? This shouldn’t come as shocking news… Big Pharma and greed. It’s a multi-billion dollar industry.

Add antidepressant side effects on top of menopause symptoms and you have some serious problems. Some could be life-threatening. Of course it’s entirely unnecessary. There are safe, natural and effective ways to treat menopause.

Black cohosh is a popular natural treatment for menopause.4 It’s an herb that has estrogenic effects, meaning it tricks your body into thinking it is producing the estrogen it once did.