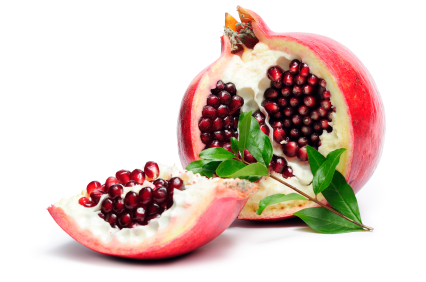 Research continues to mount showing how a piece of fruit can naturally unclog your arteries in no time.

In one study, researchers found that drinking this fruit juice reduced arterial plaque by up to 30 percent.1

For the study, Israeli scientists followed 19 subjects for three years. Patients were between the ages of 65 and 75. They were all non-smokers but had severe arterial buildup. So severe that their blood flowed at only 10 to 30 percent capacity.

Researchers gave 10 subjects this juice to drink daily. The other nine received a placebo. At baseline all subjects had similar levels for glucose, cholesterol, and blood pressure.

Diet and lifestyle practices remained constant throughout the test.

After just three months scientists noticed a difference. Thickness in the juice drinkers’ arteries decreased by 13 percent. And even better… After a year, plaque decreased by 30 percent. But in the placebo group, plaque increased by nine percent.

What is this artery-cleaning elixir?

Once again, the pomegranate juice worked. In just two months, the mice that consumed the juice had improved arteries. The fruit reduced arterial lesion size by 17 percent.

Healthier arteries in just two months… you don’t get those types of results with drugs.

Statins and other high blood pressure medication are usually prescribed to treat hardening of the arteries – also known as atherosclerosis. We’ve told you the dangers of statins more than once. We’ve even told you how they actually cause arterial calcification.3

But now we’re finding that pomegranates are nature’s statin. Those little seeds found inside the wonder fruit are proving to do the job without the harmful side effects.

You can buy the fruit whole and crack it open and eat the seeds fresh. Or you can buy pomegranate juice. Just make sure you buy organic and naturally sweetened juice.

Don’t wait until the plaque builds up. Add pomegranates to your diet now as a preventative measure. They won’t just perk up your taste buds… they’ll get your blood flowing too.

Editor’s Note: More than 2,200 people die of heart disease every day. That means the mainstream’s medical solutions are a failure! Get the scoop on the real, natural solution that one cardiologist credits with restoring heart health to almost every single one of his patients! And the easy way to implement it in your own life, today.