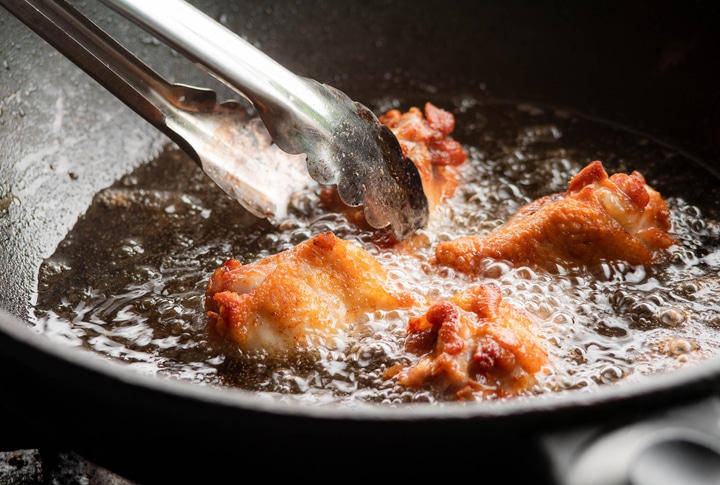 You probably know that fried foods are unhealthy. But you probably don’t know exactly how much damage they do to your body.

Studies have long shown that fried foods trigger heart disease and type 2 diabetes. But researchers at the University of Iowa also found a clear link between fried foods and premature death.[i]

The scientists analyzed more than 20 years of medical data from 106,966 women. They ranged in age from 50 to 79. The women had been subjects of a study called the Women’s Health Initiative (WHI).

The participants answered questions about their diets. It included detailed information about their consumption of different types of fried foods.

The researchers divided this information into three categories:

The scientists found that eating fried foods was linked not just to heart-disease and diabetes, but a higher risk of death from ALL causes.

Participants who ate at one or more servings of fried food per day had an 8% higher risk of death than those who didn’t eat fried foods.

Other fried foods didn’t carry as strong a mortality link.

The researchers concluded that reducing consumption of fried foods, “especially fried chicken and fried fish/shellfish” could have a “meaningful impact across the public health spectrum.”[ii]

A recent review published in the journal Heart backs up the findings. Scientists pooled the findings of 17 studies on fried foods and problems like heart attacks, clogged coronary arteries, heart failure, and stroke. The studies included more than half a million people.[iii]

The authors believe that fried foods do their damage by causing inflammation. This, in turn, triggers artery blockages.

Chicken and fish are an important part of a healthy diet. But it’s best to avoid fried versions.

Instead of frying, use another cooking method such as roasting, grilling, broiling, braising, or steaming. Air fryers are another healthier alternative.

The results can be just as delicious as traditional deep frying…and you’ll be doing your health a big favor.

Why You Should Never Eat in Front of the TV

The Lifesaving Food 90% of Us Don’t Eat Enough Of

5 Foods We Eat That Are Banned in Europe