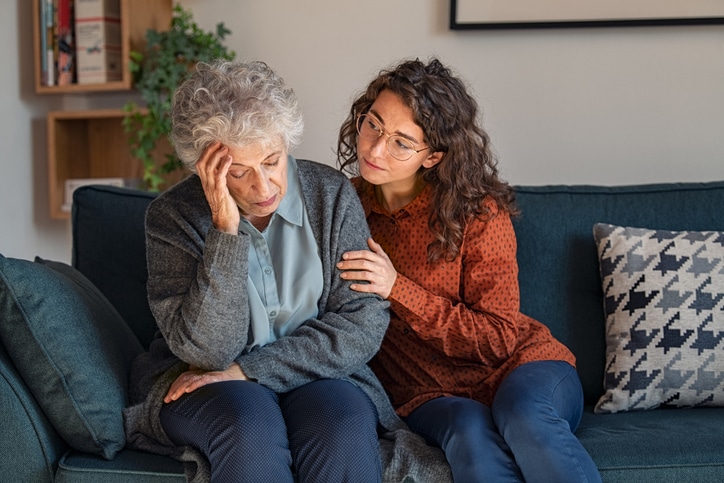 Watching a parent or grandparent suffer with Alzheimer’s is not only sad…it’s terrifying.

That’s because you may be looking at your future.

Alzheimer’s can run in families. So if a relative has it, the chances are greater that dementia is in your future as well.

But researchers have found there may be a way to stop Alzheimer’s from being passed from one generation to the next.

The study was conducted at the ASU-Banner Neurodegenerative Disease Research Center. Scientists investigated choline and its effect on Alzheimer’s.

Choline is an essential nutrient. This means your body can’t make it. You have to get it from your diet. Choline is necessary for maintaining your cell membranes. And it’s needed to produce neurotransmitters for brain and nervous system functions.[1]

The researchers tested choline in mice bred to have Alzheimer’s-like symptoms. One group of mice was given a normal diet. The other group received extra choline.[2]

It turned out that choline stopped Alzheimer’s from being passed from one generation to the next. The offspring of the extra-choline group had better memory.

Not only that, but the cognitive benefit was also seen in the second generation of mice—the offspring of the offspring (the “grandchildren”). This was true even though these animals did not get supplemental choline.

It has already been established that choline reduces the risk of Alzheimer’s in humans. This study shows that the benefit may be passed down to subsequent generations.[3]

Choline is critically important for lowering your risk of developing Alzheimer’s. But that’s not all. Choline deficiency can cause muscle damage. And it can lead to fatty liver disease.[4]

The Food and Nutrition Board recommends a minimum daily choline intake of 425 mg for women and 550 mg for men.

But to promote brain health, a daily dose of one to two grams is recommended. Doses above two grams a day can cause headaches.

Foods with the highest choline content per 4-ounce serving include:

It can be difficult to get enough choline from the foods you eat. That’s why supplements may be your best bet. They are widely available online and at health food stores.

Alzheimer’s may be the most terrifying health condition we can face. Getting plenty of choline may be a way to reduce your risk. And if you are considering having children, it may even help your children and grandchildren avoid this devastating disease.