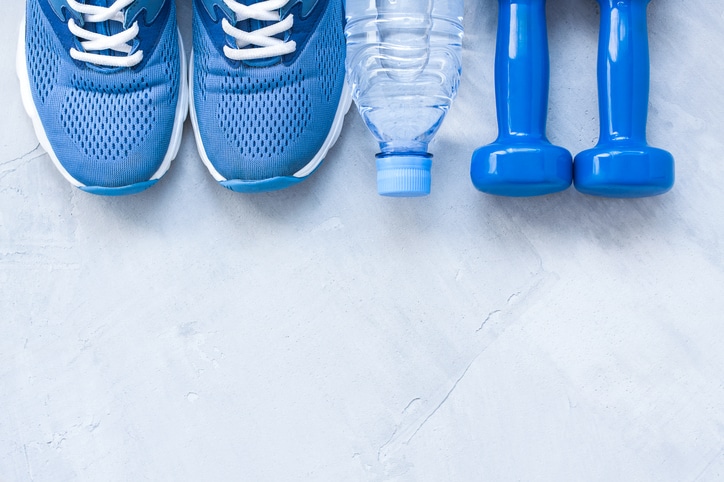 We all know that we lose mental sharpness as we age. Our memory and thinking skills decline, learning becomes more difficult, and our ability to solve problems slows down.

In fact, our brains actually shrink as we get older. At birth, your brain weighs about 400 grams. It grows to about 1,450 grams by age 25. Then it is all downhill. The brain loses about 2 grams per year after age 25.1

Studies show that brain function begins a gradual decline as early as age 30, although in some people it is delayed until after age 50.2

We’ve long been told that staying physically active can help keep our brain healthy. But what form of exercise is best? A new study attempted to answer that question.

Researchers at the University of Illinois Urbana-Champaign and other schools recruited 174 healthy men and women ages 60 to 79. None had cognitive impairment or neurological illnesses. Most were sedentary, although some occasionally exercised.

They tested the subjects’ mental abilities and gave them MRI brain scans. Then they randomly divided participants into three groups.

One group was assigned to walk briskly for an hour three times a week.

Another group did gentle stretching and balance training three times a week.

The third group was assigned to take dance lessons. Specifically, they learned country dancing, which included line and square dancing.

One Exercise Keeps Your Mind Sharp

After six months of doing these exercises, the subjects came to the lab for testing and brain scans.

Almost all the subjects performed better on thinking and memory tests. But one group surprised researchers by also increasing the size of a crucial brain structure.

People in the dance group showed increased thickness and nerve density in a structure called the fornix. It is involved in memory and message processing. The dance group also performed better on cognitive tests than the walking and stretching groups.3

Agnieszka Burzynska is a professor of human neuroscience at Colorado State University. She is the study’s lead author. The research suggests “any activities involving moving and socializing” can increase mental ability in aging brains, said Professor Burzynska.

Dance may be the most beneficial exercise because it not only requires physical exertion, it engages the brain, she noted. Dancers have to think about the next step. Having to interact with other people is also mentally stimulating.

This combination of physical exercise, socialization, and thinking provides the most benefit to mental health in older populations, she said.

The take home message from the study?

Stimulate your brain while you exercise. And work out with other people

Dance is great, but other forms of exercise also fit this description. Competitive sports require socialization and mental effort. You have to interact with your teammates and opponents. And you have to think about strategy.

If you walk for fitness, simply changing your route can help stimulate your brain. And don’t forget to bring along a friend.4

There’s something else you should know about brain health… The decades’ worth of research on this natural herb is so impressive, Big Pharma is trying to turn it into a drug. But you can get the safe, natural version now—for just pennies a day. Get all the details HERE.