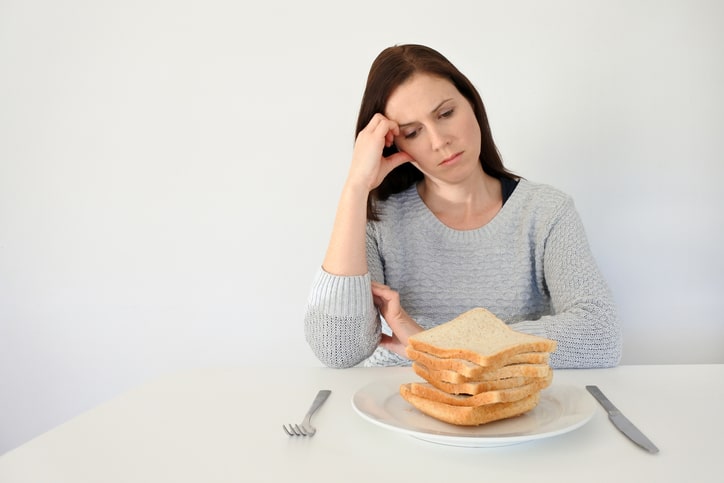 There has long been controversy over whether gluten sensitivity is a real condition.

There’s no doubt that people with the autoimmune disorder celiac disease cannot tolerate gluten. They typically have a swift and severe reaction to wheat protein. They may suffer intestinal cramping, vomiting, diarrhea, overwhelming fatigue, and even bone loss. The debilitating symptoms can include painful damage to the small intestine.i

There’s no debate about that. Much more complicated is the issue of gluten intolerance. It’s also called gluten sensitivity. It’s when gluten causes milder symptoms than seen in celiac disease.

For a long time, mainstream medicine was skeptical about gluten intolerance. Doctors often dismissed sufferers’ complaints, saying it was all in their head.

Dr. Jessica Biesiekierski led the study at La Trobe University in Australia. She and her colleagues looked at 14 people who said they had gluten sensitivity. The subjects tested the effects of gluten in two experiements.ii

In the first, subjects ate yogurt with gluten. Two weeks later, they ate the same type of yogurt without gluten.

For the second experiment, subjects ate muffins with gluten. Then they ate gluten-free muffins a few weeks later.

Both types of muffins and yogurts tasted the same. The study was “blinded.” That means participants did not know which foods had gluten and which did not.

The researchers did a detailed analysis of the subjects’ mental state after the participants ate each of the foods.

Subjects were more tired, more depressed, and had fewer positive emotions after eating the gluten muffins and yogurt.

Dr. Biesiekierski thinks this may show why people often say they feel mentally sharper after they stop eating gluten.

The results back up previous research by Dr. Biesiekierski. That study found that gluten caused more depression symptoms in people with gluten sensitivity.

Dr. Michael Potter of the University of Newcastle in Australia said: “These studies suggest there are definitely people who have reproducible mental health responses to gluten when they undergo blinded challenges.”

Should You Go Gluten-Free?

Maybe you’re tired even when you get enough sleep. Or you feel mildly depressed. If so, try removing gluten from your diet.iii

Grains you should not eat:

Grains you can eat include:

Give yourself at least a week without gluten to see if you feel better. If you find that you have more energy and are mentally sharper, you’re likely sensitive to gluten.

Relieve Nerve Pain by Cutting One Thing Out of Your Diet

An Extra Helping of Turkey May Help People With Gluten Issues