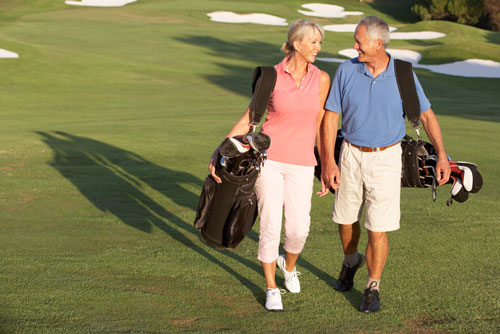 Anybody who has tried to learn to play golf, to dance, do yoga, or to play the piano will tell you that it’s not easy learning a new physical skill.

Sometimes your body just won’t do what your mind wants it to do. It’s easy to give up when frustration sets in.

But researchers have discovered a simple trick that might help.

The study was conducted by scientists at the School of Physical and Occupational Therapy at McGill University in Montreal. It found that you’ll learn a new motor skill faster if you do a quick cardiovascular workout right after practicing it.i

15 Minutes to Master a New Skill

As little as 15 minutes of cardio increases the brain’s connectivity and efficiency. This could be helpful to anyone. But it’s particularly important for stroke victims or anyone who loses mobility due to an injury. The technique could help them recover their physical abilities faster, the scientists said.

The researchers had the study participants work on two different motor learning tasks. First was a “pinch task.” It involved gripping a dynamometer—a handheld device that reacts to the degree of pressure used to squeeze it. The dynamometer was hooked up to a computer screen. Subjects had to align red rectangles on the screen by using varying amounts of force.ii

Afterward, the subjects either exercised for 15 minutes or rested.

The participants then repeated the task while researchers took readings of their brain activity.

The next day, the subjects did the task again. Those who had exercised after doing the task consistently performed better. And brain wave readings showed that different areas of their brains connected more efficiently compared to subjects who rested.

The study was published in the journal NeuroImage.iii

The take-home message from the study is this: If you’re learning a new motor skill, do a quick cardio workout afterward.

You’ll learn faster. It can be running, biking, swimming, using an elliptical machine, calisthenics…whatever gets your heart pumping.

The authors of the study noted that for years, sports teams have unwittingly followed the regimen suggested by the research. The first part of practices is typically spent working on skills. The end of practices is often devoted to conditioning.

Another factor to consider when learning motor skills is sleep.

Professor Marc Roig was the senior author of the study. “Sleep can interact with exercise to optimize the consolidation of motor memories,” he said.

Learning new physical skills is a great way to enrich your life as you get older. Doing a few minutes of cardio after you practice is a way to speed your improvement.