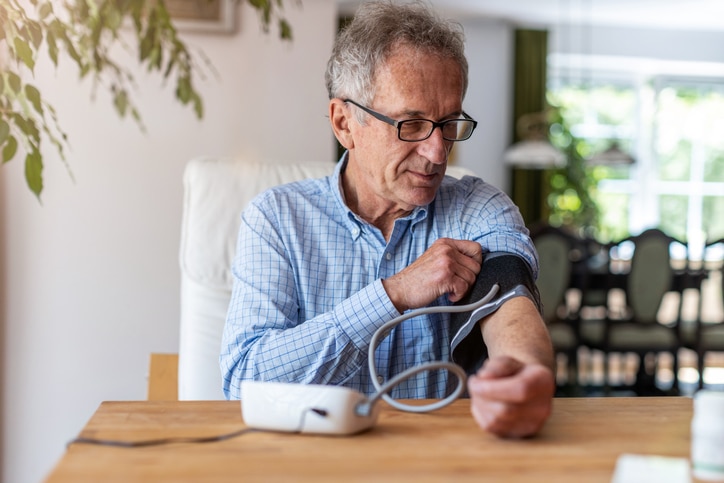 If you go to the doctor and your blood pressure is high, two things are likely to happen…

First, your physician will tell you to cut down on salt.

Second, you’ll be handed a prescription for a hypertension drug.

But a new study finds that your doctor should talk to you about stopping what could be the root cause of your high blood pressure. It may be the hidden culprit of your hypertension.

Researchers at the University of Basal in Switzerland looked at the effect of phosphates on blood pressure.

Phosphate compounds are added to processed foods for a variety of reasons. They help baked goods rise. They add flavor to soda. They make French fries a more appealing color. They act as emulsifiers in canned soups, keeping them from separating.i

The Hidden Cause of High Blood Pressure

The researchers gathered 20 adults with healthy blood pressure and pulse rate. They gave half the group a tablet of sodium phosphate.

The other half received a tablet that blocked the absorption of phosphates.

After six weeks, the researchers tested each participant’s blood pressure and pulse.

They found that the blood pressure and pulse rate of the phosphate group had increased.

On average, systolic (upper number) pressure increased by over 4 mmHg. Diastolic readings were up by over 2 points. Pulse rate increased by four beats per minute.ii

The group taking the phosphate blocker had no increase in any of the measures. Their blood pressure and pulse rate remained at healthy levels.

The study was published in the Journal of the American Society of Nephology.

How Phosphates Sneak into Your Diet

Your body does need some phosphates. They contain the mineral phosphorus. This helps build strong bones and teeth. It also keeps your kidneys working properly, and helps cell function.

The recommended U.S. daily allowance of phosphorus is 700 mg.

The problem is that almost a third of us get twice that level without us even realizing it.iii

Since the 1990s the average American’s intake of phosphates has doubled…from 500 mg to 1,000 mg. It’s no surprise that the number of Americans with high blood pressure is at an all-time high.

And there’s another problem…

Your body absorbs the phosphorus in additives at twice the rate it absorbs the mineral from naturally occurring phosphates.

If you have high blood pressure, stay away from phosphate additives. They could be causing your high readings.

The best way to avoid phosphate additives is to buy fresh, organic meats, fruits and vegetables.

Check the labels on foods you buy. Phosphates are often labeled with the words “phosphor” or “phosphoric acid.”vii