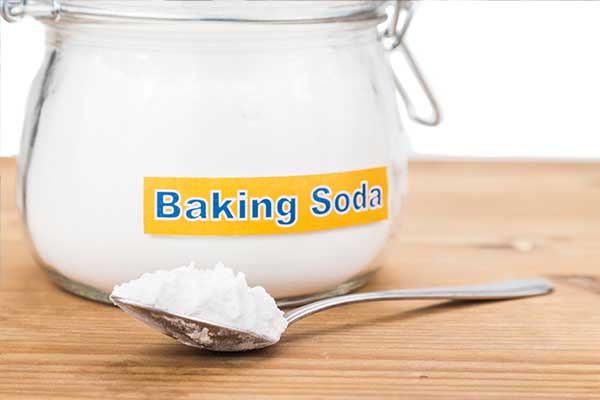 Regular Health Watch readers know that we always try to bring you the best natural remedies. They often work better than drugs. And they don’t put you at risk for nasty side effects.

We recently found a natural option for autoimmune diseases that hasn’t been tested in clinical trials. But it still shows so much promise that we think it’s important that you know about it.

A study found that it may be effective against many hard-to-treat inflammatory illnesses, including rheumatoid arthritis, Crohn’s disease, ulcerative colitis, lupus, and multiple sclerosis.i

Unlike drugs that treat these conditions, there are no side effects.

And it costs very little. There is no downside to trying it.

It has been used as a home remedy for heartburn for decades. Now, recent findings show that this kitchen staple may have other, more powerful, health effects.

The Anti-Inflammatory Power of Baking Soda

The study was conducted by scientists at the Medical College of Georgia at Augusta University. They tested a daily solution of baking soda on both rats and people.

Specifically, they looked at how it affected mesothelial cells. These cells line internal organs. They play a major role in inflammation.

Mesothelial cells are alerted when there is a potentially dangerous substance—like germs or toxins–entering the body. This causes them to launch an immune response that leads to inflammation.

In people with autoimmune illnesses, this process is too sensitive. Mesothelial cells cause inflammation even when there is no foreign substance in the body.

The researchers had subjects drink baking soda-infused water daily for two weeks. Each day they tested their blood for markers of inflammation.ii

They found that baking soda seemed to send calming signals to the mesothelial cells in the spleen. These cells usually lead the charge in creating white blood cells, a major cause inflammation.iii

The calming, anti-inflammatory effect lasted for at least four hours, said the researchers.

The scientists don’t fully understand the mechanism behind baking soda’s anti-inflammatory power. They theorize that baking soda is involved in cell signaling that tells mesothelial cells “to take it easy,” said the researchers. The cells then hold off launching an inflammation-causing immune response.

Dr. Paul O’Connor is a renal physiologist at Medical College of Georgia. He led the study.

The researchers published their work in The Journal of Immunology.iv

Baking soda is also known as sodium bicarbonate. It has not yet been tested clinically. But if you suffer from any type of inflammation, there is nothing to lose in trying it.

Twice a day, simply dissolve a half teaspoon of baking soda in a glass of water and drink it down.

You can increase the dosage, but don’t exceed more than 4 teaspoons a day.v

And if you are battling arthritis, there is an added bonus. People with arthritis often have PH levels in their body that are more acidic than normal. The alkalinity of baking soda can neutralize this, which helps relieve pain.v

One note of caution…

If you are on a low-sodium diet you should know that one teaspoon of baking soda has about 900 mg of sodium. By comparison, a teaspoon of table salt has 2,350 mg.

One Exercise Wipes Out Chronic Inflammation

The Dark Side of Autoimmune Drugs