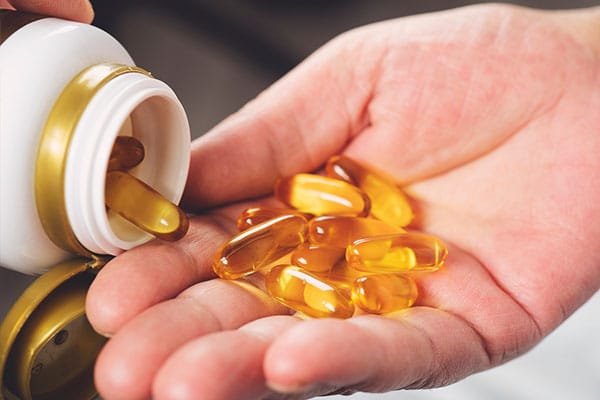 Being low in omega-3 fatty acids is just as powerful a predictor of early death as smoking.

That’s the surprising finding of a new study published in the American Journal of Clinical Nutrition. It looked at the omega-3 indexes of more than 2,000 people.i

The index is a measure of what percentage of someone’s total fatty acids are omega-3 fatty acids. The researchers found that the higher a person’s omega-3 index, the lower their risk of dying.

The 20% of the subjects with the highest omega-3 indexes lived nearly five years longer than those in the bottom 20%.

Dr. William Harris is co-author of the study. “We found that being a smoker shortens one’s life span by about the same number of years as having a low omega-3 index,” he said.

The Secret to Japanese Longevity?

The study may explain why people in Japan live longer than Americans. The Japanese diet is high in fish. This gives them an average omega-3 index that is about the same as those in the highest 20% of the study. And just like those high-omega-3 subjects, the Japanese live about five years longer than Americans with lower levels of omega-3s.ii

How do omega-3s increase life span?

The researchers believe it’s because they prevent cardiac death. In the United States, heart disease has long been the number one cause of mortality. Every year it kills some 600,000 Americans. That’s one in every four deaths.iii

A previous analysis found that a high intake of omega-3s cuts the risk of cardiac death by 8%. That may not sound like much, but it means that getting more omega-3s would save 48,000 American lives each year.

The benefits are even higher for people in certain groups. Among statin users, for example, higher omega-3s reduced cardiac deaths by 13%. Among people with high LDL “bad” cholesterol or high triglycerides, omega-3s offered even more protection: a 17% reduced risk.iv

Dr. Michael McBurney was the lead author of the new study. He recommends that you ask your doctor to test your omega-3 levels at your next checkup. It’s a simple blood draw that can be done with your other tests.

Your omega-3 index should be 8% or higher, he said.

If it is lower, eat more wild-caught cold-water fish such as salmon, mackerel, sardines, herring, or anchovies. Non-fish alternatives include flaxseeds, chia seeds, and walnuts. They are all high in omega-3s.

You can also take a fish oil supplement to raise your levels. But it’s important to choose wisely.

Most fish oils are made with a cheap, fast manufacturing process that yields something called an ethyl ester (EE). This kind of fish oil is less bioavailable. Labels of EE fish oil often say the product is derived from “marine oil concentrate.”v

Instead, look for brands that contain the triglyceride form of fish oil. It should be noted on the label.

A high-quality fish oil will also be relatively free of any fishy taste or smell. And it should be translucent and free of cloudiness.

You’re more likely to find quality fish oil supplements at health food stores and online than at drugstores and supermarkets.vi

According to the European Food Safety Authority, omega-3 supplements can be safely consumed at doses up to 5,000 mg daily. If you’re on a blood-thinning medication, check with your doctor before taking fish oil.