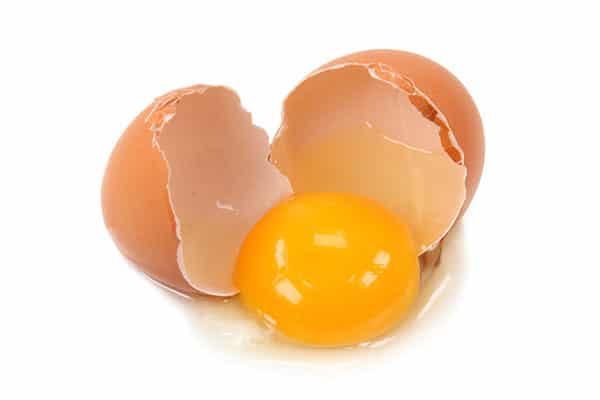 For decades, mainstream doctors warned that eggs were just about the worst food for your heart.

The American Heart Association issued guidelines saying that eating eggs causes cholesterol levels to rise. This would lead to clogged arteries and heart attacks, they said.

A few years ago, researchers started questioning this conventional “wisdom.”

Two major studies were launched to take a close look at how eggs affect your heart.

In the first study, researchers gathered 128 adult volunteers. The subjects were at higher risk than normal for heart problems because they all had type 2 diabetes or prediabetes.i

At the start of the study, the researchers took baseline measurements for heart health. They included levels of inflammation, blood sugar, and cholesterol.

The volunteers were then divided into two groups. One group ate at least a dozen eggs a week. The other group ate no more than two eggs a week.

Egg eating had absolutely no effect on cholesterol, inflammation, or blood sugar.

The study then moved to another phase. It did a test to see if eggs could be a healthy part of a weight-loss diet. Both groups ate fewer calories for three months in an attempt to lose weight. They continued to eat the same number eggs they ate in the first phase of the study.ii

After three months, both groups lost about the same amount of weight at seven pounds. And, again, there was no difference in heart risk markers between those who ate a dozen eggs a week and those who ate two or fewer.

But the researchers didn’t stop there.

They had both groups continue their egg-eating regimen for another six months. Again, after a full year, there was no difference in heart health between the two groups.

Dr. Nick Fuller is an obesity researcher at the University of Sydney. He led the study. “Our research indicates people do not need to hold back from eating eggs,” he said. “Consumption of eggs has little effect on the levels of cholesterol in the blood of the people eating them.”iii

His work was published in the American Journal of Clinical Nutrition.

The second study looked at the diets of 400,000 people in China. It found that people who ate at least one egg a day had an 18% lower risk of dying from heart disease than people who ate no eggs.iv

Egg eaters also had a 28% lower risk of dying from a stroke. The results were published in the journal Heart. The authors said the study was “by far the most powerful ever” to pinpoint the heart health effects of eggs.

The Healthiest Kind of Eggs

The two studies debunk once and for all the destructive myth about eggs that mainstream doctors have long pushed. Even if you have heart problems and high cholesterol, you don’t have to stay away from them.

Eggs are an excellent nutrient-dense source of protein. And they won’t raise your cholesterol readings.v

To optimize the health benefits, you should buy organic eggs from pasture-raised, free-roaming chickens. Factory-farmed eggs can contain pesticides and other harmful chemicals.

Don’t believe the outdated mainstream medical advice about eggs. There is overwhelming evidence that eggs are one of the healthiest things you can put into your body.

It’s your best source for reliable, unbiased health information. For all the details, go HERE.

Five Reasons to Eat More Eggs (#1 Will Surprise You)

5 Food Cravings That Can Signal a Nutrient Deficiency