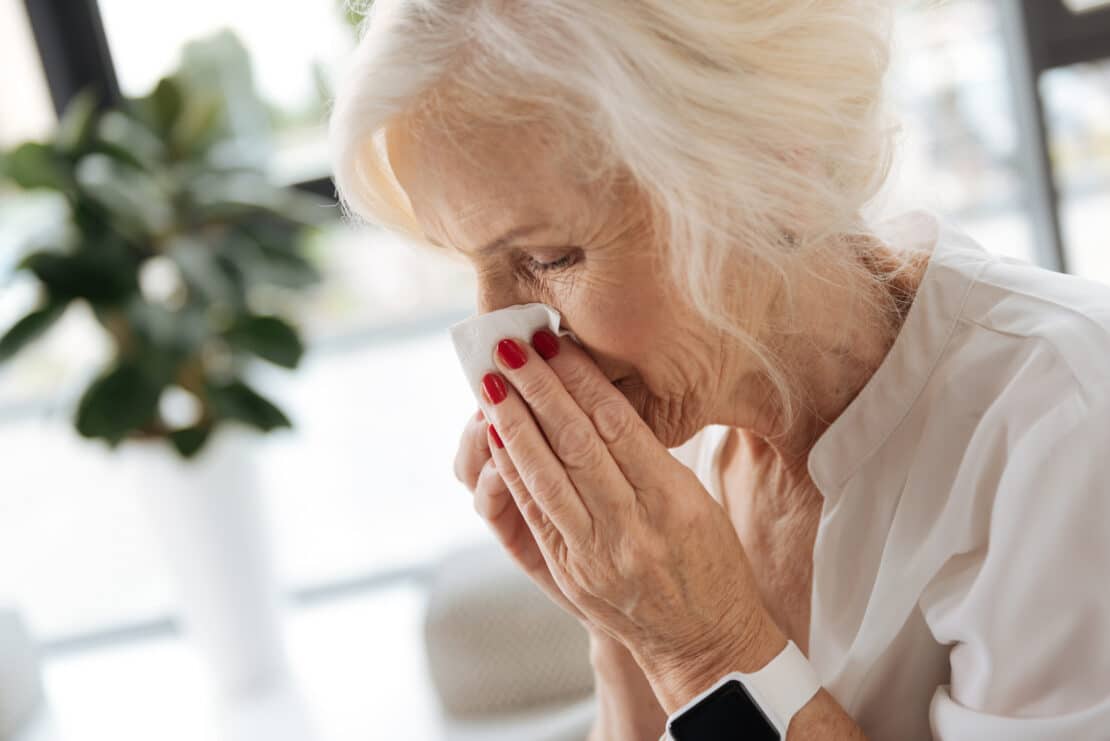 In the time of COVID, nobody wants to be the person that sneezes in a crowd.

So if we have to sneeze when we’re around other people, we do the best we can to suppress it, keeping our mouth closed and holding it in.

This is a bad idea, according to a case report published in the British Medical Journal.[1]

The authors describe the case of a 34-year-old man. He tried to stifle a sneeze by pinching his nose and keeping his mouth shut.

The results were disastrous.[2]

With nowhere to escape, the pressure ripped through the soft tissue of his throat. He actually blew a hole in his windpipe.[3]

The man said he felt a popping sensation in his neck when it happened. The pain was intense. He had a hard time speaking and swallowing.

An X-ray showed air escaping from his windpipe into the soft tissue of his neck. He was treated at Leicester Royal Infirmary in England, where he lives. He had to be put on a feeding tube for a week to give the injury time to heal.

Doctors said it’s not unusual for people to hurt themselves when holding in a sneeze, although this man’s case was particularly severe.

Sneezes Spread Diseases… But Never Hold Them In

Sneezes are more powerful than you think. They move air at more than a 100 mph. When you stifle a sneeze, the pressurized air has to go somewhere.

The consequences can be a perforated eardrum, sinus damage, accidental urination, or even a brain hemorrhage. In 2004, baseball player Sammy Sosa had to go on the disabled list when he sprained a ligament in his lower back while suppressing a sneeze.[4] [5]

Dr. Zi Yang Jiang is a head and neck surgeon at the University of Texas Health Science Center. He says when you have to sneeze, let it rip.

“The whole point of sneezing is to get something out of your body, like viruses and bacteria,” he said. “If you stop that, those may end up in the wrong part of the body.”[6]

During the pandemic, people are more worried than ever about others sneezing around them. That’s why you might be tempted to hold it in.

While you don’t want to suppress a sneeze, you also don’t want to spread your germs. The best way to sneeze is to do it into a tissue, throwing it away right afterward.[7]

If you don’t have a tissue, don’t sneeze into your hands. If you’re sick, you’ll contaminate everything you touch. Instead, sneeze into the crook of your elbow.

After the big “achoo,” wash your hands or use sanitizer.[8]

Honey Is Better Than Antibiotics for Coughs and Colds, Study Finds

Coronavirus: Why You Shouldn’t Use Cough Syrup to Treat It