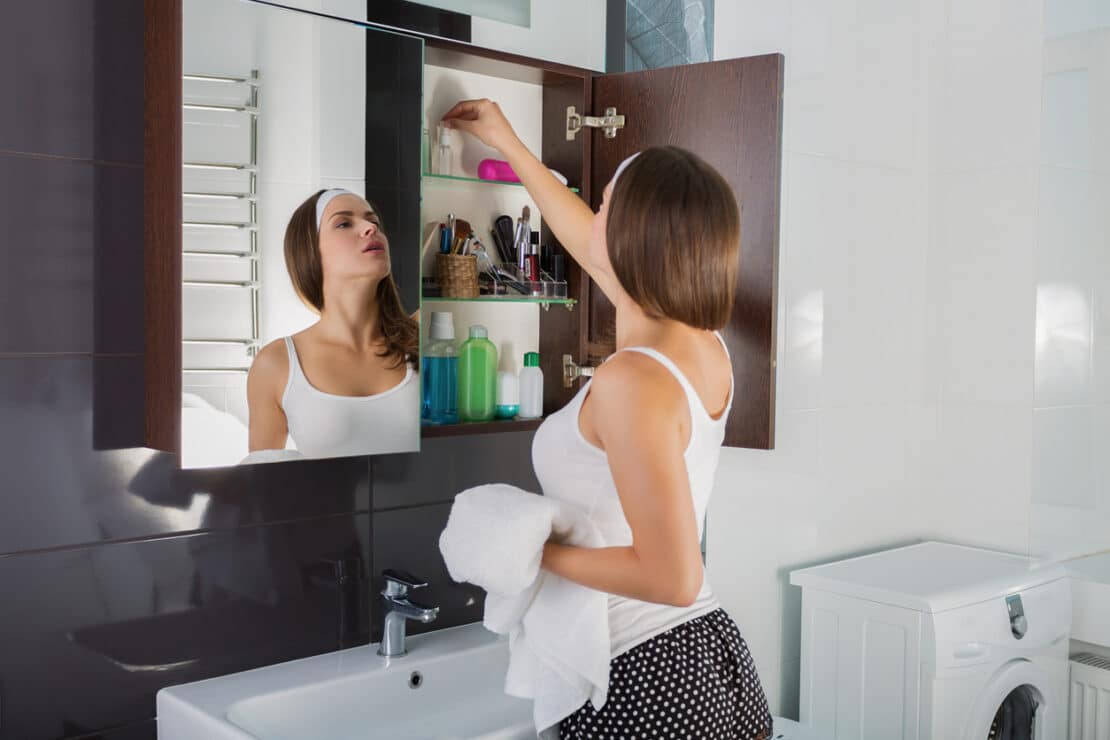 Many of us don’t go a day without popping ibuprofen or acetaminophen. One study found that the average adult takes 373 over-the-counter pain pills a year.[1]

But if so many people take them, and you can buy them without a prescription, they must be safe… Right?

A major study warns that these drugs have strange and frightening psychological side effects—ones that most people don’t know about.

This Is Your Brain on OTC Pain Relievers

A review by researchers at the University of California, Santa Barbara found that ibuprofen and acetaminophen  can actually change the way your brain works:

Less brainpower. The scientists cited a 2016 study that found when subjects took 1,000 mg of acetaminophen, they scored much lower on cognitive tests than people who took a placebo.[2]

The researchers also gave the participants brain scans. The group that took acetaminophen had decreased neural activity. This indicated their mental processing ability was blunted.[3]

Dulled emotions. In another study at the University of Kentucky, researchers divided subjects into two groups. One took two 500 mg doses of acetaminophen—one in the morning and another in the evening. The other group took a placebo.

The scientists then measured the brain activity of acetaminophen takers. They found they had much less neural response in the anterior insula area. This is the brain region associated with emotion.

Less empathy. People who took acetaminophen showed less emotional distress when reading about someone else in pain. Researchers concluded the pain reliever caused takers to feel less regard for others.[5]

Odd effect on men. In a study led by researchers at the University of Texas in Austin, researchers gave participants 400 mg of ibuprofen. After 45 minutes, they measured the subjects’ response to being socially excluded from a video game.

Loss of money. Don’t try to strike a hard bargain while on acetaminophen. Researchers found that taking the drug reduces “the endowment effect.” This is the monetary value people place on objects they own.

Scientists divided subjects into two groups. One took a daily 500 mg dose of acetaminophen. The other half took nothing.

Researchers then asked all subjects to put a sale price on a coffee mug they had been given.

This caused them to choose a lower price for the item.[6]

“The Findings Are Alarming”

Dr. Kyle Ratner is a psychology and brain researcher at the University of California, Santa Barbara. He led the study.

“The reviewed findings are alarming,” he warned. “Consumers assume that when they take an over-the-counter pain medication, it will relieve their physical symptoms. But they do not anticipate broader psychological effects.[7]

The findings were published in the journal Policy Insights from the Behavioral and Brain Sciences.

Dr. Ratner and his colleagues point out that physical and emotional biological mechanisms overlap in the brain. When you use a drug to dull physical pain, you also make yourself less emotionally sensitive.

Besides affecting brain function, ibuprofen and acetaminophen are linked to other serious health dangers. Studies have found that ibuprofen can cause heart attacks, strokes and lead to atrial fibrillation.[8]

Acetaminophen has been tied to liver and kidney disease. Both drugs also have been linked to hearing loss.

If you’re going to use a pain-relieving drug, choose aspirin. It is the oldest and safest. But it can cause stomach bleeding in some people. Better yet, consider these natural, safe, and effective alternatives:

These natural products effectively treat pain…without messing with your head.