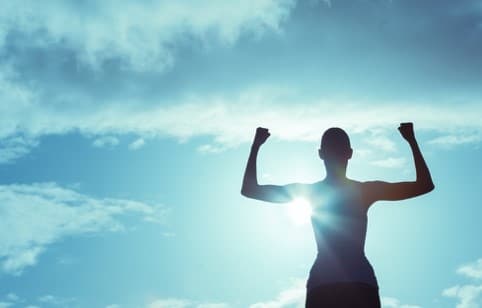 At age 78, Joe Biden became the oldest person to be sworn in as President of the United States.

The health of the nation’s President is always important. But with an older leader like Biden, it becomes even more of an issue.

By all accounts, President Biden is in good shape for his age. He doesn’t smoke or drink. He works out five days a week, often on a Peloton stationary bike.[1]

But Biden is not immune from the health problems that affect many of us. He takes at least four medications for common conditions:[3]

Biden’s most serious health episode came in February of 1988. He was 45 at the time. After suffering severe neck pain, he was rushed by ambulance to Walter Reed Army Medical Center. Doctors discovered he had two brain aneurysms. Biden underwent an operation to repair them that lasted 4 ½ hours.[4]

Brain aneurysms are bulging blood vessels. They can lead to a stroke if they rupture. One of Biden’s aneurysms actually did burst. But doctors said they caught it in time.

While recuperating from his surgery, he suffered a pulmonary embolism. This is a blood clot in a lung artery. It’s a serious complication that is potentially deadly.[5]

Biden’s lengthy recovery kept him away from the Senate for seven months.

The risk for brain aneurysms increases with age. But even though Biden has a history of them, he is not necessarily at high risk for another.

Someone who has an aneurysm repaired has a 10%-20% chance of a recurrence, according to Dr. Cameron McDougall. He is head of endovascular neurosurgery at Johns Hopkins Medicine.

“It does happen, but it’s not the majority of patients by any means,” Dr. McDougall said. “If aneurysms are well-treated, they shouldn’t have any ongoing impact.”

A 79% Chance of Surviving One Term

Biden has had at least four other surgical procedures:

Family history can be important predictor of future health and longevity. Both of Biden’s parents lived to relatively advanced ages. His mother died at age 92, his father 86.[6]

The American Federation for Aging Research did an in-depth analysis of Biden’s health and medical history. It gave him a 79% chance of living through a first term and a 70% chance of surviving a second term.[7]

The report estimates Biden’s life expectancy at 96, saying he is likely to be a “super-ager.” These are seniors who maintain their health into late life and live longer than normal.

The report concludes that Biden is “likely to survive the next presidential term with (his) mental and physical attributes intact.”

The #1 Factor for Healthy Aging

Your Husband has ED… What Should You Do?