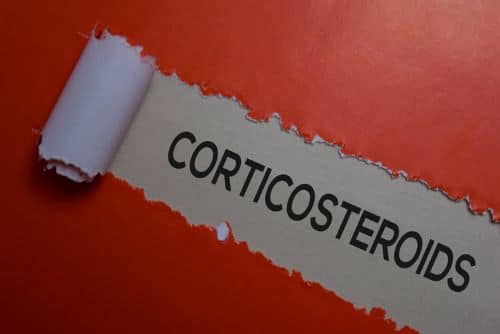 When cortisone was introduced in the 1940s, it seemed like a miracle drug.

People who were bedridden with arthritis or needed wheelchairs could suddenly walk or even climb stairs for the first time in years.

The anti-inflammatory effects were so dramatic that the three researchers who formulated cortisone shared a Nobel Prize in 1950 for the discovery.[1]

Soon, scientists came up with other similar corticosteroid drugs such as prednisone, dexamethasone, and prednisolone. Doctors prescribed them not only for arthritis, but for virtually any inflammatory condition including allergies, asthma, bronchitis, colitis, Crohn’s disease, eczema, lupus, joint injuries, back pain, and many more.[2]

As more people began taking the drugs, it soon became clear that the inflammation-fighting effects of corticosteroids came with a heavy price. Patients taking them for long periods came down with heart disease, diabetes, cataracts, ulcers, osteoporosis, and all kinds of infections.

These days, doctors try to avoid these problems by prescribing corticosteroids in “short bursts.” A quick course of the drugs is supposed to speedily tamp down inflammation without the risks of long-term usage.

But a major new study shows that even a few days on the medications is more dangerous than doctors believe.[3]

The research was published in the journal Annals of Internal Medicine. Investigators analyzed the health data of 2.6 million people. All had at least one course of corticosteroids.

These patients had double the risk of blood poisoning (sepsis), gastrointestinal bleeding, and heart failure of people who hadn’t taken the drugs.

The highest risk occurred in the first month after taking the drug.

Steroid drugs can be lifesaving for certain serious conditions such as lupus, severe asthma, and extreme allergic reactions. But the researchers found that corticosteroids were most often prescribed for relatively minor conditions such as rashes and coughs.

“Physicians who consider prescribing steroid bursts should weigh the benefits against the risks,” the study authors wrote.[4]

The findings confirm previous research. A 2017 study published in the British Medical Journal found short-term oral corticosteroids double the risk of bone fractures, triple the risk of deep vein thrombosis, and quintuple the risk of sepsis.[5]

If your doctor wants you to take a prednisone, cortisone, or another corticosteroid drug for a non-life-threatening condition, ask about other options.

Here are the best natural approaches to fighting inflammation:

We know now that corticosteroids are far more dangerous than doctors have led us to believe. They should be taken only a last resort.

Editor’s Note: Discover other natural, nondrug methods to improve your health by reading our monthly journal, Independent Healing. It’s your best source for unbiased, evidence-based health information. To find out how to subscribe, go HERE.

Fight Inflammation With the Tree of Immortality