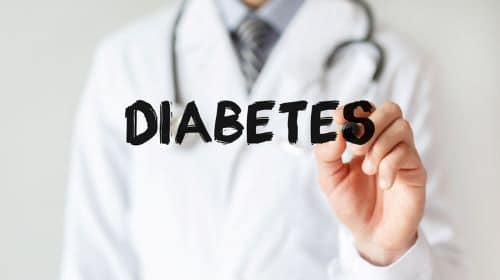 In 2013, a new class of diabetes drugs was approved by the FDA. It was hailed as a breakthrough.

The drugs worked by causing the kidneys to remove more blood sugar.

SGLT2 inhibitors were touted as providing superior blood sugar control for type 2 diabetics with no serious side effects.

They also seemed to help patients lose weight, lower their blood pressure and reduce the risk of heart problems. In short, the medications seemed like a miracle cure for diabetics.[i]

Doctors immediately began switching their patients onto the drugs. Sales for Invokana, Farxiga, and Jardiance soared to nearly $5 billion a year.[ii]

But as more patients took them, it became clear that SGLT2 inhibitors were far riskier than drug companies had led the public to believe. A few years ago, the FDA put a “black box warning” on Invokana to let patients know that it increases the risk for limb amputations.

The study looked at more than 200,000 type 2 diabetics. All had started using SGLT2 inhibitors between 2013 and 2018. Researchers compared them to patients who took another newer diabetes medication, DPP-4 inhibitors. They include Januvia (sitagliptin), Galvus (vildagliptin), and Onglyza (saxagliptin).[iii]

“DKA is a diabetic emergency,” explained endocrinologist Dr. Akankasha Goyal. “Someone in DKA needs to be hospitalized.”[iv]

SGLT2 drugs can make your blood more acidic. That, in turn, can cause DKA.

Some SGLT2 drugs are worse than others. Farxiga had an 86% risk increase. Invokana was the worst with a 360% increase.

The Warning Signs of DKA

If you take an SGLT2 inhibitor, you should know the early symptoms of DKA so that you get treatment without delay. Getting help fast can mean the difference between life and death.

Ask your doctor whether an older drug such metformin might work for you. Metformin has been used to treat diabetes since the 1950s. Its side effects are well understood and it has a better safety profile than SGLT2s.

The newly discovered dangers of SGLT2s prove once again that it’s important to resist the latest, greatest products pushed by pharmaceutical companies. Often, the risks of new drugs are not evident until after they’ve been on the market for years. Don’t let yourself be Big Pharma’s guinea pig.

Editor’s Note: If you’re concerned about sugar intake, you should know that some mainstream diabetes treatments can actually make the condition worse. To find out more, read Independent Healing, your best source for evidence-based health advice. Go HERE to subscribe.