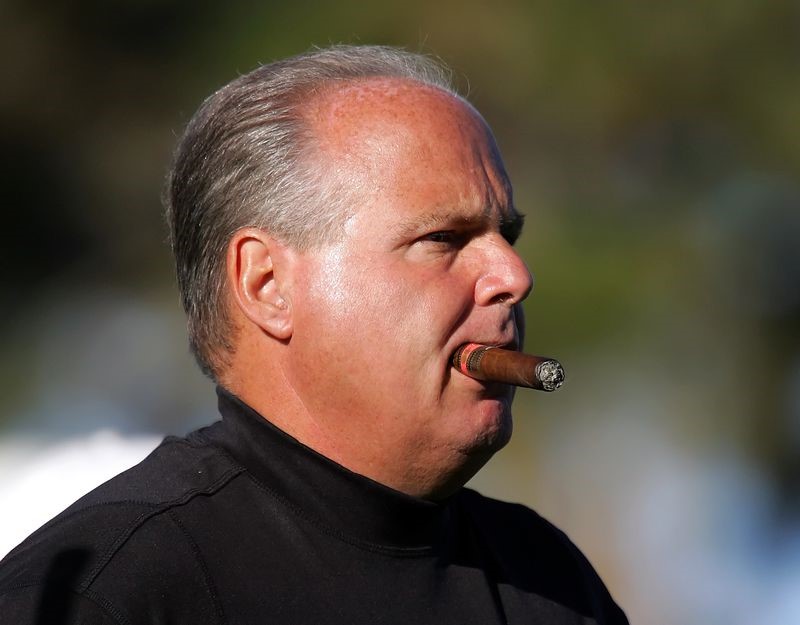 The conservative media world was rocked by Rush Limbaugh’s recent announcement that he has advanced lung cancer.

The famed radio personality, 69, told listeners he began suffering shortness of breath on his birthday, Jan. 12. He went to a doctor, and his grim diagnosis followed just days later.

Limbaugh has started medical treatment. But he hasn’t revealed the details.

Limbaugh started smoking cigarettes at age 16. He quit by the early 1980s. But he was often photographed with a cigar.[i]

Lung cancer is one of the toughest cancers to beat. As with Limbaugh, it usually isn’t diagnosed until it’s advanced—stage 3 or 4. Late stage patients have a survival rate of only about 4%[v]

Don’t Wait Until You Get Cancer to Try This

The best way to prevent lung cancer is to stop smoking. This is easier said than done. Nicotine is so powerfully addictive that many people find they simply can’t quit.

For the first week, one group took 10 mg of watercress extract mixed with olive oil four times a day. The other took a placebo.

For the second week, neither group took anything.

Throughout the study researchers measured carcinogen levels in both groups. They found that watercress extract significantly reduced cancer-causing chemicals in smokers.[vi]

It lowered benzene levels by almost 25%. Acrolein dropped by over 15%. It reduced a leading carcinogen known as nicotine-derived nitrosamine ketone by 7.7%.

These numbers may not seem huge. But the study’s lead author said the extract can make the difference between getting lung cancer or not getting it.

Dr. Jian-Min Yuan is associate director of the University of Pittsburgh Cancer Institute. Watercress extract is “an incredibly valuable tool in our cancer-fighting arsenal,” he said.

Watercress extract is even more effective for people with a genetic predisposition for lung cancer. These are people who lack a gene that clears carcinogens from the body. Watercress extract reduced benzene from smokers with this gene variant by 95%. It lowered acrolein by 33%.

The researchers said that eating watercress is unlikely to have the same anti-cancer effect as taking the extract. You can find the extract in health food stores and online.

It may be too late for Rush Limbaugh. He says that he plans to continue to work for as long as he can.

“My intention is to come here every day I can, and do this program,” he said.

If you can’t quit smoking, don’t wait until you have cancer to try watercress extract.

Slash Your Risk for 7 Types of Cancer

Is Your Doctor Accidentally Giving You Cancer?