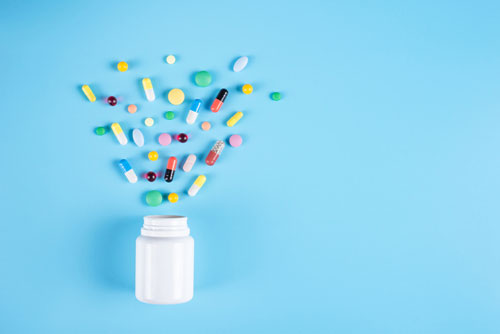 The testing process for new drugs is straightforward…

One group of patients takes the drug. Another takes a placebo. If the group taking the drug improves more than those taking a placebo, the drug may be approved for sale by the FDA.

Drug trials typically don’t test medications to find out if they are safe to take in combination with other drugs.

Only after a drug is already on the market do we find out if it is compatible with others. Patients unknowingly end up as human guinea pigs.

Perhaps the most tragic example was a blood pressure drug called Posicor.

The drug was approved by the FDA, despite studies showing it could pose a severe risk of adverse interactions. It turned out Posicor was potentially deadly when combined with any of 25 different drugs. It was pulled from the market after being linked to 123 deaths.[i] [ii]

If you take more than one prescription drug, you need to know if they play well together. Here are 10 of the most dangerous combinations, according to Pharmacy Times.[iii]

Don’t play Russian roulette with your medications. Whenever your doctor starts you on a new prescription, always make a point of asking how it might interact with other drugs you’re taking. And double-check with your pharmacist.

The Hidden Danger of Anti-Inflammatory Drugs