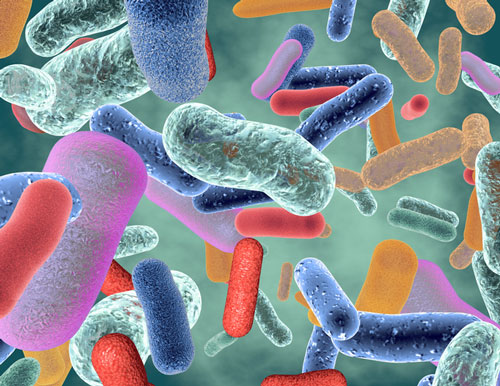 Imagine a deadly infectious disease that spreads like wildfire. No drugs can stop it.

Millions of Americans get it. Tens of thousands die in agony.

It sounds like an apocalyptic horror movie. But a new study shows it’s actually happening now.

The Centers for Disease Control and Prevention has just updated their comprehensive report on antibiotic-resistant infections. They found that 2.8 million people in the U.S. get sick every year from these superbugs. Some 35,000 of them die.[i]

It’s a public health emergency that’s much worse than anybody thought.

In 2013, the CDC found that 2 million Americans caught superbugs each year, killing at least 23,000 people. The new, higher numbers are due to “new and better data sources,” says the CDC.

Mainstream doctors have known for years that they prescribe way too many antibiotics. The CDC says they write 47 million unnecessary antibiotic prescriptions a year.[ii]

Physicians hand them out for minor infections that would clear up on their own. Or they prescribe them for patients with viruses. Of course, antibiotics treat bacterial infections. They have no effect on viruses.

Overprescribing leads to bacteria quickly evolving to survive. The result is superbugs.

Avinash Kar is a spokeswoman for the Natural Resources Defense Council. She said the CDC is actually lowballing the numbers.

She points to a recent study from Washington University that found 160,000 annual superbug deaths, almost four times the CDC estimate.

“There’s no doubt that drug-resistant infections are on the rise,” said Kar.[iii]

Kar said that solving antibiotic resistance requires “ending the rampant overuse of these drugs in livestock.”

Nearly two-thirds of important antibiotics used to treat humans are also given to livestock. Often, the animals are not even sick.

Avoid Falling Victim to a Superbug

Superbugs are killing more Americans than ever. But by taking precautions, you can avoid becoming a part of the statistics.

Antibiotics Most Dangerous Side Effect: A Heart Attack