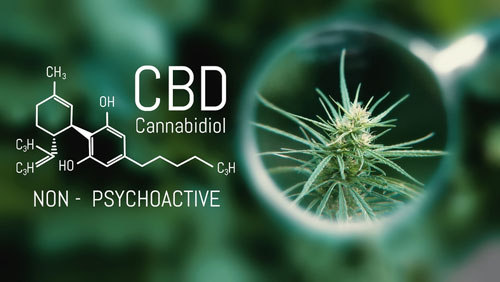 If you or someone you love has a drug problem, you should pay close attention to a new study.

The findings may not only help you personally. But they could point the way out of our nation’s opioid epidemic, which has killed 300,000 Americans in the last decade.

The current standard treatments for opioid addiction are methadone and buprenorphine. But these drugs have big drawbacks.

Just like opioids, they are habit forming. Using them often just replaces one addiction with another.

But new research shows that CBD (cannabidiol) may be a better solution.[i]

A study team at Mount Sinai Hospital recruited 42 heroin addicts who had stopped using the drug. The subjects were randomly divided into three groups. One group took 400 mg of CBD. Another group took 800 mg. The others took a placebo.

These sort of images typically induce cravings in addicts. And that’s what happened to the subjects who took a placebo.

But those who took CBD had less intense heroin cravings. Their anxiety levels were lower.

The CBD subjects reported that their drug cravings continued to be milder for a week after they took CBD.

Dr. Yasmin Hurd was first author of the study. “CBD holds significant promise for treating individuals with heroin use disorder.” she said.[ii]

The ability of CBD to ease drug withdrawal doesn’t stop with heroin.

An analysis published in the journal Substance Abuse: Research and Treatment found that CBD could help those struggling with other addictions, including tobacco and cocaine.[iii]

And other research indicates CBD can help alcoholics stop drinking.[iv]

To get the addiction-ending benefits of CBD, look for a high-quality supplement from a company you trust. And make sure it is made from hemp, not marijuana. Hemp-derived CBD is now legal in all 50 states.

Editor’s Note: We have reviewed all recent cannabis research that has been published in scientific journals to answer two key questions: Which conditions do cannabis products help? And what’s the best way to use them?

You won’t get the answers in the mainstream media… But you’ll find them in Independent Healing… It’s your best source for evidence-based, non-biased medical information.