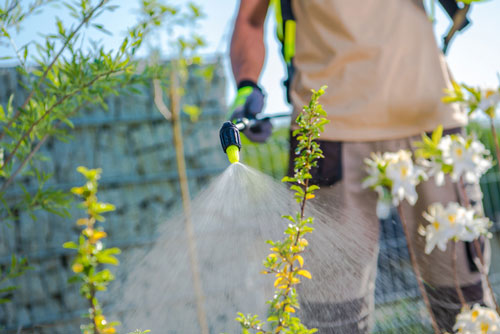 The widely used herbicide Roundup has made headlines lately because thousands of people say it gave them cancer.

A federal jury recently ordered the maker of the chemical weed killer to pay $80 million to a 70-year-old man with cancer. The jury found that Roundup was a “substantial factor” in his illness.[i]

Glyphosate is by far the most widely used herbicide in the U.S. It is used on nearly every acre of corn, cotton, and soybeans grown in this country. Many people also use it on their lawn or garden.

More than two dozen countries have banned or restricted its use. But the U.S. has refused to do so.

A new study may change that. It shows that Roundup may not only damage your health but that of your children and grandchildren.

Scientists at Washington State University exposed pregnant rats to glyphosate. They used half the amount of the chemical that was considered safe.

They found that second and third generations of the animals had “dramatic increases” in obesity. They had other health problems, too.[ii]

A third of the second generation mothers had unsuccessful pregnancies.

Other recent studies of glyphosate are also alarming.

Research from the University of Washington found the herbicide boosted the risk of getting non-Hodgkin lymphoma by up to 41%.

And a study from Washington State University found people who live near areas sprayed with the chemical are one-third more likely to die of Parkinson’s disease.[iii]

3 Ways to Protect Yourself from Roundup

If you care about your health and the health of your loved ones, you should avoid contact with Roundup. Here are the best ways to protect yourself:

1. Buy organic. Not only do organic foods lack toxic chemicals, they are more nutritious. They have more antioxidants and a higher flavanol content. Flavanols lower inflammation and fight oxidative stress.[iv] [v]

2. Thoroughly wash non-organic food. Here’s how to get as much of the pesticides as possible off produce: Fill a large bowl with four parts water to one part plain white vinegar. Soak the fruit and/or vegetables for about 20 minutes. Rinse thoroughly in water. This will remove much of the chemical residue. It won’t leave a vinegar flavor.

3. Use natural weed killers. You can purchase these online or in large home improvement stores such as Home Depot and Lowe’s.

You can also make your own. Mix a gallon of vinegar, a cup of salt or Borax, and a tablespoon of dish soap. Put the mixture in a spray bottle. Be careful to not spray anything but the weeds.

Editor’s Note: If you’re concerned about exposure to toxic chemicals like Roundup, you need the Toxin Flush Protocol. It’s a detailed plan to help remove toxins from your system. You can get it in Independent Healing, your best source for evidence-based health advice. Go HERE to subscribe.