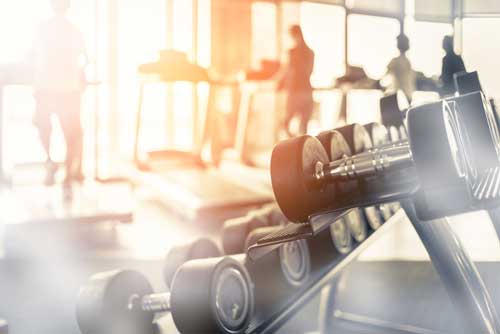 Did you ever have one of those days when you just didn’t feel like moving?

It’s not that you were sick…or didn’t get enough sleep…or were depressed. But for some reason you just couldn’t get motivated.

Going to the gym was out of the question.

A new study shows that a common food additive may be to blame for your lack of get-up-and-go.

The research was conducted at the University of Texas Southwestern Medical Center. Scientists investigated phosphate. It’s a form of phosphorus.[i]

Our bodies need this mineral for bone health. And it’s important for other basic functions, such as making protein.

But most of us get way too much phosphorus because food companies add it their products in the form of phosphate compounds. They maximize shelf life. Phosphate also acts as a flavor enhancer.[ii]

The two-part study was led by Dr. Wanpen Vongpatanasin.

In the first part, the scientists studied two groups of mice. Both were fed healthy diets. But one group was given extra phosphate equivalent to what many people eat.

After 12 weeks, the mice given excess phosphate spent less time running on treadmills than the normal-diet group. They had worse cardiovascular fitness.

Additionally, the phosphate mice had impaired metabolisms. They couldn’t burn fat as well as the other group. Thousands of their genes that control fat processing were altered.

The second part of the study focused on humans. Over 1,600 healthy subjects wore fitness trackers for a week.

People with higher levels of phosphate were more sedentary. They spent less time “in moderate to vigorous physical activity.”

The researchers estimate that about a quarter of Americans consume three to four times more phosphate than is healthy.

Here’s the worst part… Companies aren’t required to put added phosphate content on labels. So unsuspecting consumers poison themselves without knowing it.

Dr. Vongpatanasin thinks we should “push the food industry to put this on labels so we can see how much phosphate goes into our foods.”[iv]

Here’s a list of the foods and beverages known to contain added phosphate:

The obvious way to reduce phosphates is to avoid these foods.

Besides lack of exercise, phosphate is linked to higher mortality in people with kidney disease. Normally our kidneys filter excessive phosphate from our bodies. But impaired kidneys can’t do the job adequately.

And in the general population, studies show excess phosphate is associated with higher risk of death from all causes.

Minimizing phosphate in your diet can have big health benefits. Not only will you feel more energetic, but you’ll lower your risk of dying from any cause. That’s a heck of an upside.