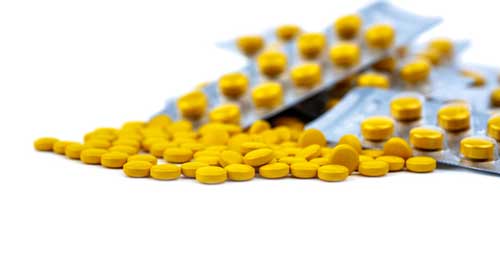 All painkilling drugs have side effects. But some medications are worse than others.

And a new study shows that one is far worse for your heart than others.

Researchers from Aarhus University Hospital in Denmark analyzed over-the-counter painkiller usage in more than 6 million adults for 20 years. Most people in the study were 40 to 60 years old.1

Researchers found that diclofenac was far more detrimental to heart health than the others.

It raised the risk of a heart attack or stroke by:

The study did not include aspirin. Other research has found it does not cause heart problems and may prevent them.

Both men and women had the same risk levels. The researchers noted that the increased risk of heart attack and stroke began within 30 days of taking diclofenac. A low dosage did not lessen the risk.

The researchers also found that diclofenac greatly increased the risk of upper gastrointestinal bleeding compared to the other medications.

The risk increased by:

The study authors concluded that there is no reason to take diclofenac when less risky options are available.

“Considering its cardiovascular and gastrointestinal risks…there is little justification to initiate diclofenac (Voltaren) treatment before other traditional NSAIDs or acetaminophen,” the researchers said.

The study was published recently in the British Medical Journal.

Over 30 million Americans use NSAIDs or acetaminophen every day to soothe headaches, sprains, arthritis symptoms, and other discomforts.3

Besides increasing the risk of a heart attack and gastrointestinal bleeding, NSAIDs can lead to kidney damage. Acetaminophen can cause kidney and liver disease. Stay away from these drugs if at all possible. And never take diclofenac.4

Natural pain relievers often work as well or better. And they won’t threaten your heart, liver, or kidneys.

You can also get vitamin K through supplements. But don’t take them if you are on the prescription blood thinner warfarin (Coumadin). Vitamin K can decrease its effectiveness.

Willow bark. It not only treats osteoarthritis, it can also relieve headache, back pain, menstrual cramps, fever, flu, and tendonitis. Take 1-3 grams.

Yoga, Pilates, and gentle stretching are all good options. So is low-impact exercise like walking, swimming, and cycling. Resistance training increases the support muscles give to joints.

Editor’s Note: If you’re concerned about heart health, our researchers have uncovered a powerful vitamin that can help cut your risk of heart attack by up to 33%. If you want to protect your heart, I urge you to learn more now.