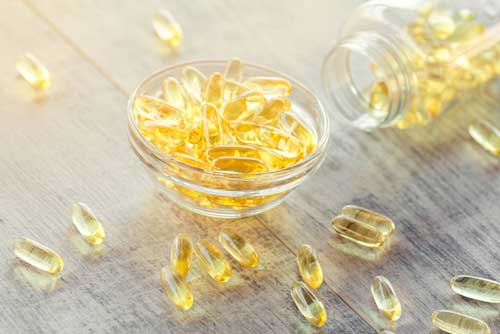 Fish oil is America’s number one selling nutritional supplement. And the 19 million of us who take it do so primarily to prevent heart disease.1

Studies have found that fish oil cuts heart death risk by up to 30%.2

But new research shows that the omega-3 fatty acids in fish oil help your head as much as your heart.

They gathered 108 subjects who were suffering from depression. In a randomized, double-blind study, the researchers had each patient take either 4 grams of fish oil or a placebo each day.

After 12 weeks, they tested each patient’s level of blood omega-3s and their level of depression.

As expected, the patients who had taken the fish oil supplement had higher levels of omega-3 in their blood. They also reported generally feeling healthier.3

The researchers found that the people who had taken the fish oil had “significantly improved cognitive depression.”

Cognitive depression is considered more debilitating. It is an irrational and pessimistic view of one’s self and the world. Examples of this are saying or thinking things like “I’m worthless,” or “Things can only get worse.” People suffering from cognitive depression are more likely to commit suicide. 5

People can suffer symptoms of either type of depression or both.

If you have depression, talk to your doctor. If your depression has been diagnosed as cognitive, taking a daily 4-gram fish oil supplement could help.

Most fish oils are made with a cheap, fast manufacturing process that yields something called an ethyl ester (EE). This kind of fish oil is less bioavailable. Labels of EE fish oil often say the product is derived from “marine oil concentrate.”6

Instead, look for brands that contain the triglyceride form of fish oil. It should be noted on the label.

A high-quality fish oil will also be relatively free of any fishy tastes or smells. The oil should relatively translucent and free of cloudiness.