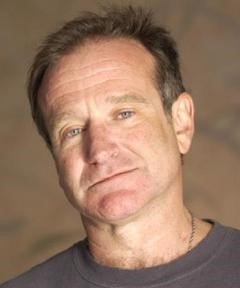 Depression did not kill actor Robin Williams. When he committed suicide last year he was suffering from a disease called diffuse Lewy body dementia.

That’s the new revelation about the star’s tragic death from his widow, Susan Schneider Williams. She says depression was not to blame for her husband’s death, as had been widely reported.

Instead, it was Lewy body dementia (LBD), a brain disorder that affects some 1.4 million Americans.1 It is the second leading cause of dementia behind Alzheimer’s disease, but it is much less known.

Mrs. Williams said in an interview: “It was not depression that killed Robin.”

Evidence of the illness was found in postmortem exams, and Mrs. Williams said she is speaking out to help patients and their families coping with LBD.

“I pray to God that it will shed some light on Lewy bodies for the millions of people and their loved ones who are suffering with it,” she said.

Williams did not know he had the disease before he died, she said.

Lewy body dementia is notorious for being difficult to diagnose. Its symptoms closely mimic those of Alzheimer’s and Parkinson’s. But LBD has a different cause. The disorder is characterized by the presence of Lewy bodies in the brain. These are abnormal protein deposits called alpha-synuclein.

The most common symptoms of LBD are impaired thinking, alertness, and sleep. Patients may also suffer tremors and hallucinations.

It’s crucial that Lewy body patients be correctly diagnosed because some drugs for Alzheimer’s and Parkinson’s can worsen Lewy body symptoms. This means multiple screenings and working closely with specialists. Medications called cholinesterase inhibitors are considered the standard treatment for the cognitive symptoms of LBD.2

Mrs. Williams said she and her husband were never able to get a clear diagnosis before he took his life at their home on August 11, 2014.

In the year before his death, “It was like playing Whac-a-Mole,” she said. “Which symptom is it this month? I thought, ‘Is my husband a hypochondriac?’ We’re chasing it and there’s no answers.”

Their experience is tragically typical. The similarities among LBD, Alzheimer’s, and Parkinson’s are extensive enough that it often takes more than a year to get an accurate diagnosis.

There is no cure for LBD. Drugs treat only the symptoms. But some doctors believe that foods high in choline can help.3 These include eggs, liver, and peanuts.

Mrs. Williams says she hopes revealing the real cause of her husband’s death will increase awareness of the disease, “Because we didn’t know. He didn’t know.”