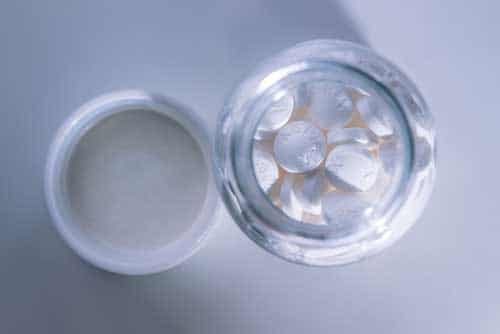 In a breakthrough study, scientists say they the key to treating Alzheimer’s may be something that just about everybody already has in their medicine chest. A common over-the-counter remedy has been found to reduce the brain plaques that cause the brain illness.

Currently, there is no known treatment that cures–or even slows–Alzheimer’s. The only FDA-approved drugs for the condition merely provide limited relief from some symptoms.

For one month, researchers from Rush Medical College in Chicago gave low-dose aspirin to mice genetically modified to have amyloid plaques. They are protein bundles that can build up in your brain as you age. They are believed to be the root cause of Alzheimer’s.

Afterward, scientists checked plaque levels in brain regions known to be most affected by Alzheimer’s.

Dr. Kalipada Pahan is a professor of neurological sciences, biochemistry, and pharmacology at Rush Medical College. He led the study.

“The findings of our study have major potential implications for the therapeutic use of aspirin in Alzheimer’s disease and other dementia-related illnesses,” he said.1

“The results of our study identify a possible new role for one of the most widely used, common, over-the-counter medications in the world.”

The research was recently published in The Journal of Neuroscience.

Aspirin: Is It Safe?

Aspirin is one of the world’s oldest and most-studied medications. It is relatively safe, especially compared to Alzheimer’s drugs. The most common serious aspirin side effect is stomach bleeding. You should not take aspirin if you are prone to ulcers.2

The drugs that are currently prescribed to lessen Alzheimer’s symptoms have multiple side effects. They include diarrhea, vomiting, nausea, fatigue, insomnia, loss of appetite, and weight loss.3

Aspirin has been around in some form since the ancient Egyptians. They used willow bark as a remedy for aches and pains. The bark contains salicylic acid. It’s a chemical cousin to aspirin, which is acetylsalicylic acid.4

Aspirin thins the blood. So people on blood thinners are advised to be cautious about taking it.

If you are worried about Alzheimer’s, take a low-dose aspirin once a day. Typically, these are 81 mg. If you have a sensitive stomach, take a buffered brand or take it with a meal.

There is no guarantee that aspirin will prevent and treat Alzheimer’s in people as effectively as it did in mice. But researchers believe it will.

They concluded in their study that low-dose aspirin “decreases cerebral plaque” and “may be beneficial for Alzheimer’s disease” in humans.

The risks are low. And it could save you from perhaps the worst disease of aging.