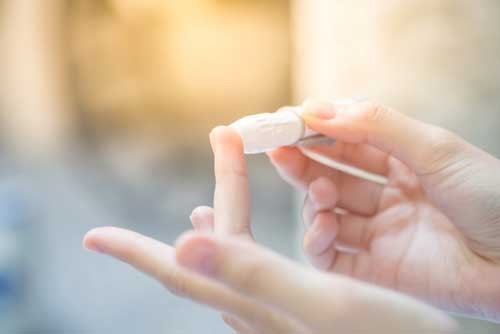 The first-line drug for Type 2 diabetes is metformin. It’s an older medication that is relatively safe.

But it doesn’t work for everybody.

So these patients turn to other classes of drugs to control their blood sugar. Typically, doctors prescribe one of three types of medications:

Researchers from the Imperial College of London wanted to know which works best.

So they conducted an in-depth analysis of over 230 drug trials. All of them tested the three types of diabetes treatments in patients for whom metformin doesn’t work.

The biggest risk of having Type 2 diabetes is dying from heart disease. Nearly 70% of people over 65 with diabetes die from some form of heart disease.

The researchers looked at whether patients taking these drugs had a lower risk of heart death. They were able to compare the three medications against each other, a placebo, or no treatment at all.

All three effectively lowered blood sugar levels. But only two of them – SGLT-2 inhibitors and GLP-1 agonists – also reduced the risk of heart death when compared to a placebo or not taking a medication.

The study showed that SGLT-2s lowered heart attack deaths by 20%. GLP-1s reduced them by 18%.4

But DPP-4 inhibitors had no effect on heart deaths. In other words, if you take them, they won’t protect you from the biggest killer of diabetics.

Dr Sean Zheng is a researcher at Imperial College. He led the study.

“The three drug classes assessed here are being increasingly prescribed,” he said.  “Yet until now there have been no clinical trials studying how these drugs compare to each other, and which type of drug could be the best option.”5

The researchers could not determine why DPP-4 inhibitors didn’t decrease deaths from cardiovascular events. But they work differently than other diabetes drugs.

Unlike other drugs that lower blood sugar levels by encouraging sugar to be excreted by the body, DPP-4 inhibitors increase insulin levels. This may be less effective at protecting the heart.6

The research recently was published in the Journal of the American Medical Association.

If you are taking a DPP-4 inhibitor, show this article to your doctor. Ask about switching to a SGLT-2 inhibitor or a GLP-1 agonist. Switching may save you from a heart attack.

Better yet, try to lower your blood sugar levels without drugs. Weight loss and exercise are two proven ways to reverse diabetes. Certain foods and supplements can also be effective:

Editor’s Note: If you’re worried about your blood sugar, there’s something else you should know… Discover the seed that lowers fasting glucose levels by up to 40%… The ancient Turkish secret for preventing diabetes… And the delicious treat that controls blood sugar – and can help take an inch off your waist.