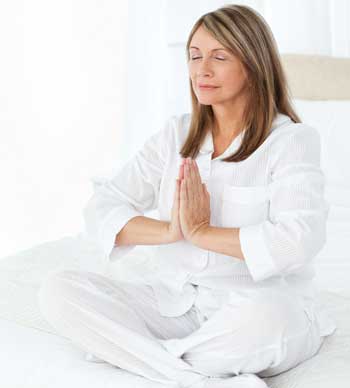 It’s widely accepted that exercise makes your body look younger. So why wouldn’t the same thing work for your face?

A new study—the first of its kind—finds that it does.

The theory is simple… Like biceps curls for aging, droopy arms, “face yoga” counteracts the effects of age on the face. Until now, however, there’s never been any scientific evidence that it works.

Researchers at the Northwestern University Feinberg School of Medicine tested the effects of facial exercise on 27 women between the ages of 40 and 65. The subjects were trained to do face yoga and continued to do the exercises at home for 20 weeks.

Researchers took photos of the subjects’ faces before, in the middle, and at the end of the study.

The researchers then had two dermatologists to do a systematic analysis of facial structure to measure facial aging. They found that study participants took an average of nearly three years off their appearance.2

Dr. Murad Alam is a professor of Dermatology at Northwestern. He led the research. “(We found) that the upper and lower cheeks were fuller after the study,” he said. “The appearance benefit was that the contour of the face became smoother, fuller, and firmer.”3

Dr. Alam noted that unlike cosmetic procedures like Botox or a facelift, face yoga “is nontoxic, not invasive, doesn’t cost much, and you can do it on your own schedule.”4

As your face ages, your skin loses elasticity. And the fatty deposits that give your face a fuller look become thinner. This causes skin to sag and wrinkle.

Dr. Alam said that by doing facial exercises, you increase the size of the small muscles in your face. This compensates for the loss of fat and keeps your skin from sagging.5

The new study was published in the journal JAMA Dermatology. Although the subjects were women, researchers say there’s no reason face yoga wouldn’t work for men as well.6

Here are two of the exercises participants performed:

Cheek Lifter: Open your mouth and form an O. Smile to lift cheek muscles up. Put fingers lightly on the top part of the cheeks. Release cheek muscles to lower them. Repeat by lowering and lifting the cheeks.

You can see a video demonstration of both exercises and others here.

Editor’s Note: Researchers in Wisconsin found a way to reverse up to 20 years of aging in just 6 months in men as old as 81.

mass…their skin thickened…their bone density increased… And it was documented in one of the world’s most respected medical journals.

Go here to discover all the details.