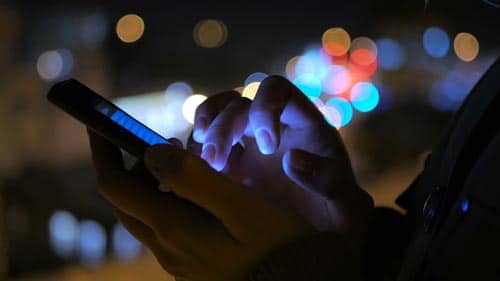 The debate has raged for years over whether cellphone radiation is harmful. Some studies have found that microwaves emitted by phones are safe. Others show they cause cancer.

It’s more complicated than that, according to the latest and most extensive research into cellphone safety.

A study by the U.S. National Toxicology Program found a “dose-response” relationship.

In other words, your phone may give you cancer… But it’s more dangerous if you use it in a way that gives you a high dose of radiation.1

The study is part of a 10-year, $25 million effort by the federal government to settle the controversy over cellphones and cancer. Preliminary results showed that male rats exposed to cellphone radiation had a greater chance of getting a brain cancer called malignant glioma. It’s the most common and deadliest brain cancer in humans.2

The rats that developed cancer were exposed to the same cellphone levels humans get when they use their phones.3

Dr. David Andrews is a senior scientist at the Environmental Working Group. It’s a nonprofit consumer health group. “By confirming the connection between cellphone radiation and malignant tumors in male rats, the National Toxicology Program’s study raises concerns for risks to people to a new level,” he said.

Dr. Andrews noted that the more cellphone radiation the rats received, the greater their chance of getting brain cancer. This dose-response relationship is “a key sign” that cellphones pose a cancer danger in humans, he said.

The study confirms 2011 findings by the World Health Organization that cellphone radiation is “possibly carcinogenic to humans.” Smaller studies have also found a link to cancer.4

6 Ways to Stop Your Phone From Giving You Cancer

Today, it’s difficult for most of us to live without a cellphone. But there are simple ways to reduce your radiation exposure:

Editor’s Note: There’s something else you should know about beating cancer…

But you won’t read about it in the mainstream’s coverage of his shocking recovery.