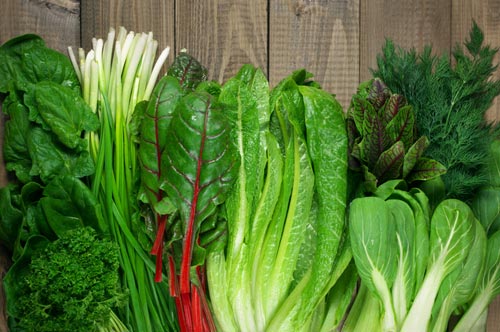 A new study shows that one food is a powerful weapon against the mental deterioration that comes with getting older.1

A team of researchers from the Rush University Medical Center in Chicago and Tufts University in Boston looked at the brain effects of eating leafy green vegetables.

The scientists followed the eating habits of 960 adults ages 58 to 99 for several years. The participants completed diet questionnaires, which asked them how often they ate certain foods. The subjects also took tests to gauge their memory strength and other mental skills.

The researchers found that people who reported eating one to two daily servings of green leafy vegetables had far less cognitive decline. They had brains that functioned as if they were 11 years younger than people who did not eat greens as often.2

Dr. Martha Clare Morris is a professor in the Department of Internal Medicine at Rush University Medical Center. She was lead author of the study.

Dr. Morris said leafy greens stave off brain aging by providing high levels of nutrients that are crucial to mental function. They give you high doses of vitamin K, folate, and lutein. These three nutrients protect against inflammation and stress, which damage the brain over time, she said.

“You can’t really go wrong by adding leafy greens to your diet,” Dr. Morris said “There aren’t any drawbacks.” Her study was recently published in the journal Neurology.

She advises eating greens with some kind fat, such as an oil-based dressing. This helps your body better absorb the brain-protecting nutrients.

Leafy greens not only help your brain ward off aging, they can lower your risk of cancer and diabetes. And they help protect you from heart disease.3

Which greens give you the most health benefits?

Researchers at William Paterson University in New Jersey scored them on a scale of 0 to 100 according their essential nutrient content and bioavailability.

Here are their top five:

It’s one of the oldest leafy greens in the human diet. Legend has it that Hippocrates built his first hospital near a watercress-producing stream to have access to it.

It contains high levels of vitamins A, C, and K, as well as calcium, fiber, and selenium.

If you aren’t eating any of these nutrient-rich greens, it’s time to start. They may have more brain health benefits than any other foods.