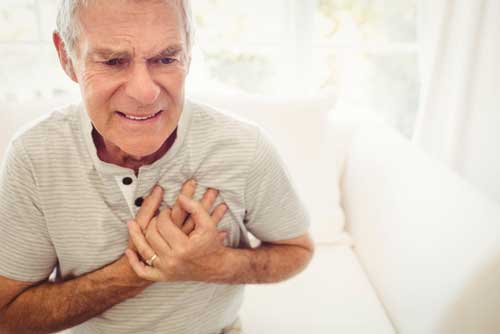 It’s a common Hollywood plot: An older man in bed with his mistress suddenly drops dead.

But does this ever happen in real life? It actually does, a new study finds.

In a first-of-its kind study, researchers from Cedars-Sinai Heart Institute in Los Angeles crunched data from the community-based Oregon Sudden Unexpected Death Study. It looked at more than 4,500 cases of sudden cardiac arrest (SCA) that occurred between 2002 and 2015 in Portland.1

Researchers found the heart risk of having sex is reassuringly low. Only one in 100 SCAs in men happen during or just after sex. The odds are one in 1,000 for women.2

Dr. Sumeet Chugh is associate director of the Cedars-Sinai Heart Institute. He led the study.

He says up until his findings, there was little information on how often sex led to sudden cardiac arrest.

“People will ask their doctors if sex increases their risk of sudden death, and we’ve never had the answer before because there never was a study,” Dr. Chugh said.

“Over the years, we’ve had a fair bit of data on physical activity and how it’s related to sudden cardiac arrest, but no one had looked specifically at sexual activity.

“It turns out the risk is very small.”3

Cardiac arrest is different from a heart attack. It is a heart stoppage caused by an electrical disturbance in the heart. A heart attack is typically caused by a blocked artery.

SCA is scary because it’s usually fatal. Only about 13% of victims survive. Every year, it accounts for about 350,000 deaths in the United States.4>

Dr. Chugh and his colleagues found that almost all men who suffered SCA during sex had previous heart problems. They often had a history of heart rate and rhythm disorders. Other sex-related SCAs were caused by drug use, researchers found.

When people suffer sudden cardiac arrest during sex, their chances of a survival nearly double to 20% compared to people who have a SCA outside of bed. This may be because there is someone with them to call 911 for help.5

The study was recently published in the Journal of the American College of Cardiology and presented at the American Heart Association Scientific Sessions.

Is Sex Safe for Your Heart?

Cardiologists say sex is safe for most heart patients because it’s not as strenuous as you may think. Researchers have found that it puts about the same amount of stress on your heart as climbing two flights of stairs. If you can do that without chest pain, you can likely engage in sex without worry.6

Previous research has found that an active sex life is linked to many cardiovascular benefits. They include lower blood pressure and less risk of heart disease and strokes.7

But contrary to popular myth, sex doesn’t contribute much to weight loss. It burns only about five calories a minute.8

Editor’s Note: If you’re worried about your heart, you need to know about this little-known test that detects heart disease quicker than the ones used in every doctor’s office across the country…