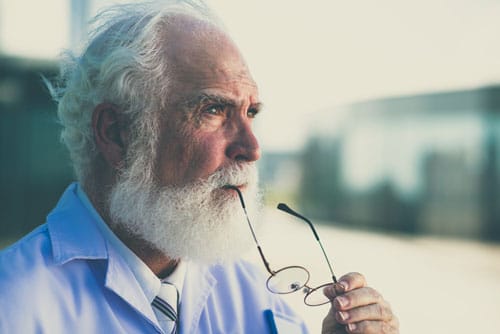 Everyone knows what it’s like to feel overwhelmed by a tough mental task.

If a tough mental chore has your brain stuck in neutral, the best way to get it back into gear may be to move your body. That’s the finding of a new study that looked at people trying to learn a language.1

Researchers in China and Italy recruited 40 college-age Chinese men and women who were trying to learn English.

It is notoriously difficult for Chinese speakers to learn English. And likewise, it’s a big mental challenge for English speakers to pick up Mandarin, China’s most common language.2

All the students learned English using a typical method. They tried to memorize English words by seeing them on a screen with their corresponding images. The word “cat,” for example would appear on a screen next to a picture of a cat.

One group of students was told to ride exercise bikes as they learned the words. Starting 20 minutes before the instruction session, the exercise group began riding the bikes at an easy pace (about 60% of their maximum aerobic capacity) and continued to ride throughout the lesson.

The other group was told to stay seated.

Afterward, they took a quiz. The researchers found that the exercise group had far better recall than those who stayed seated.

The exercise group also retained their gains. A month after the final instruction session, they still performed better than the sedentary group.

The study was published in a recent issue of the journal PLOS One.

Take an Exercise Break to Boost Your Brain Power

Previous research has shown that exercise boosts other mental tasks as well. In one study, Irish researchers told a group of sedentary male college students to watch a rapid-fire lineup of photos with the faces and names of strangers.

Then they took a memory test in which they were asked to recall the names of the people whose pictures flashed by on a computer screen.

The researchers then told half the students to ride a stationary bicycle at a strenuous pace until they reached exhaustion. The other students sat quietly for 30 minutes.

After both groups retook the memory test, the exercise group performed significantly better than on their first try. Scores in the sedentary group stayed the same.

How does exercise increase brain power? The researchers believe it’s due to brain-derived neurotrophic factor (BDNF). It’s a protein released during exercise. BDNF is linked to better nerve performance and an improved ability to perform complicated tasks.4

So the next time you find yourself struggling with mental problem, take an exercise break. It doesn’t have to be long. Just 30 minutes. Do the workout of your choice.

Then return to the task at hand. You may find the answers come easier.

Editor’s Note: If you’re worried about Alzheimer’s, there’s something else you should know… It’s NEVER too late to build a strong brain. That’s why Dr. Paul Nussbaum created his unique Ageless Brain Kit.

All the details are revealed here.